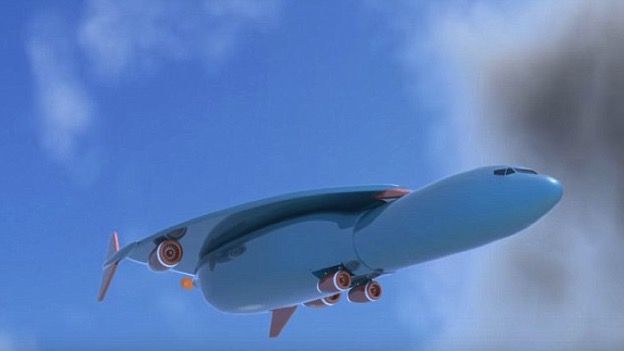 Most of us never got a chance to jump aboard Concorde to experience supersonic travel across the Atlantic. That opportunity will soon be upon us thanks to a planned fleet of Airbus crafts capable of completing a transatlantic flight in just one hour.

The Airbus Concorde 2, as it already been dubbed by many, is a hypersonic craft based on a patent awarded to the European aircraft group in July and it possesses a top speed of Mach 4.5 thus ensuring that London to New York City would take just one hour.

By completing the journey in that time, the hypersonic craft would be over three times faster than Concorde ever was.

That's almost where the comparisons with Concorde end, for Airbus' liner takes off in a very different fashion. Instead of using a runway like any normal plane this one takes off vertically before straightening up to break the sound barrier at around 100,000 feet.

It works using a system of three different engines that are all powered by different types of hydrogen in order to take the jet to speeds of 3,425mph. Two turbo jets will help the jet take off vertically before disappearing into the fuselage to allow a rocket motor to take the jet to its cruising altitude. The final part involves wing-mounted ramjets that take control until it reaches its top speed.

Airbus' design means that passenger numbers will be restricted to around 20 and tickets won't come cheap for the one hour hop to NYC.

It won't be limited to passenger usage either and the manufacturer expects it to be used for military applications such as transporting soldiers at vastly inflated speeds. We can expect to see the exciting new jet hit the market by 2022 so start saving now!