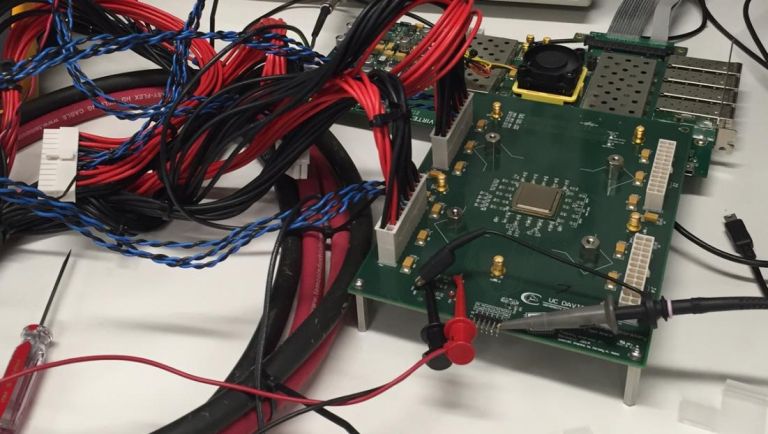 Remember hearing about those uber-power Extreme processors from Intel and thinking, "Wow, now that is one meaty processor,"? Ah, the folly of youth, eh? You see, we now live in a world where eight cores is child's play - now there's a processor with 1,000 cores at its disposal?

There's no need to adjust your smartphone, tablet, or laptop, you really did read that right. Researchers at the University of California, Davis have created a prototype setup that uses a fully-functional 1,000-core processor. Dubbed the KiloCore, this piece of circuitry is a godsend for the modern multitasker, enabling you to run multiple apps and software at once.

But that's not the most startling feature of the KiloCore - that's reserved for the amount of power it needs to perform such tasks - a meager 0.7W of power. In other words, you could theoretically run the KiloCore off a traditional AA battery. That's considerably less power than a traditional processor, such as those pictured above.

“To the best of our knowledge, it is the world's first 1,000-processor chip and it is the highest clock-rate processor ever designed in a university,” said Bevan Baas, professor of electrical and computer engineering, who led the team that designed the chip architecture.

So far we've seen experimental processors with up to 300 cores, but nothing as grand or as powerful as the KiloCore. And while we won't be seeing it on shelves anytime soon, it does raise the question of whether multi-core processors could have a real world application, especially in the world of laptops and smartphones.

Why not check out: Man vs Tech: Can we really learn how to drive a racing car by playing a game?