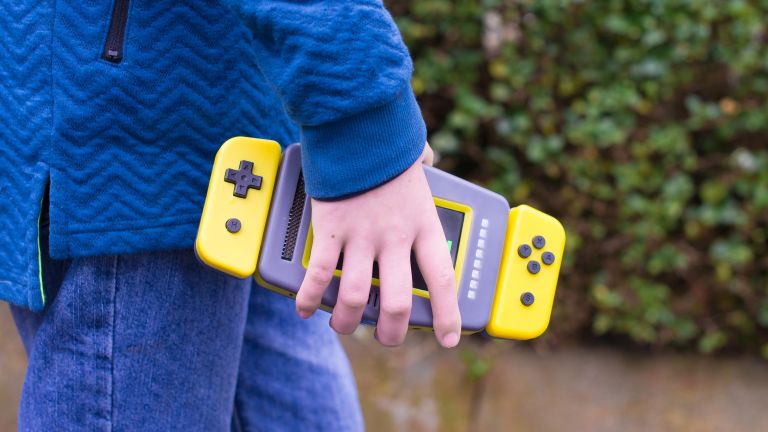 This is Pip, a new handheld gaming system looking to take on the Nintendo Switch. But while the Switch has Zelda and Mario in its arsenal, Curious Chip have a slightly different focus for the Pip – it's been designed to teach you coding.

Pip allow users to learn programming in multiple languages whilst also giving you the ability tinker with open source components and hardware.

Pip is powered by the Raspberry Pi compute module and the Raspbian operating system, but to make programming more accessible Curious Chip have built a platform called ‘Curiosity’.

You'll also get step-by-step tutorials to teach you everything from coding Snake, to making LEDs flash, to programming smart devices.

“I grew up having to use the command line which helped me really understand how computers worked beyond the screen. We made Pip so that people could easily dive in deeper and learn how technology works on the inside, empowering them to take control of technology however they like.” said Jason Frame, CTO of Curious Chip.

Pip is fully-portable with a 2000mAh battery. It can be used with the touchscreen, or with the USB side controllers, which, just like the Switch, can be separated as classic controllers for 2-player gaming.

To encourage a sharing community Curious Chip have created an online portal where users can share and give feedback on what you create with Pip.

Pip is available to pre-order on Kickstarter today.

Limited special Kickstarter pricing begins at £150, before moving to the standard Kickstarter price of £175. Backers will receive Pip in August 2018. The product will eventually retail at £199.