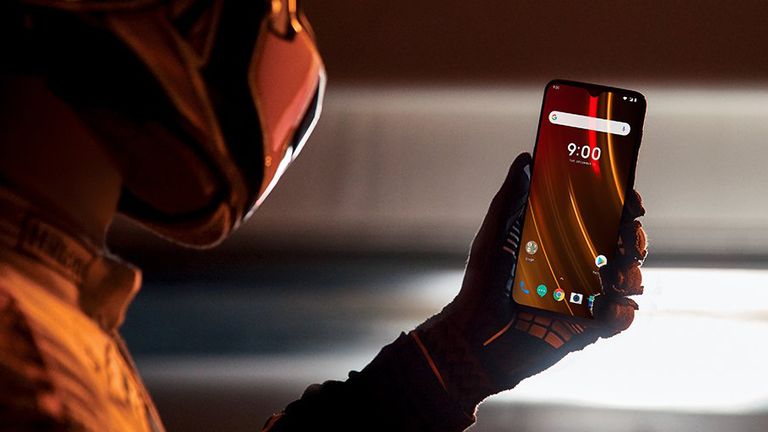 Revealed at the McLaren Technology Centre in Woking, UK today, December 11, the 6T McLaren Edition is, as you might expect, a version of the OnePlus 6T smartphone with design cues from the F1 team and supercar maker.

The 6T McLaren Edition’s Warp Speed 30 fast charging uses a 30 watt connection to give the battery a full day’s worth of power in just 20 minutes.

This is thanks to new circuitry in both the phone and charger, along with what OnePlus describes as “finely tuned power management software” to prevent the device from overheating. This, OnePlus says, also helps the phone charge quickly without hampering its performance.

Building on the design of the regular 6T, the McLaren Edition features the F1’s teams signature Papaya Orange colour scheme along its bottom edge.

Under the phone’s glass back is a pattern reminiscent of the carbon fibre used by McLaren on its road and race cars. As you might expect, McLaren’s logo sits pride-of-place on the back of the handset. The phone’s box includes McLaren’s Speedmark logo, made from the company’s own F1AA grade carbon fibre, the same material used by McLaren’s Formula One cars. A book documenting the history of both OnePlus and McLaren is included with the handset.

Speaking about the new phone, OnePlus chief executive Pete Lau said: “Engineered with exact precision and new technology we’ve never used before, it’s our fastest, most cutting-edge device ever - the epitome of craftsmanship. It’s the start of an exciting partnership with McLaren, giving people a feeling of incredible speed and performance.”

Aside from the McLaren branding, Warp Speed 30 charging tech and that massive 10GB of RAM, the McLaren Edition is the same as OnePlus’ regular 6T. This means an Android smartphone with a 6.1-inch display, a resolution of 1080 x 2340, and a Snapdragon 845 processor.

Described as a ‘salute to speed’, the handset runs Android 9.0 Pie, Google latest mobile operating system, and there’s 256GB of onboard storage.

As with the regular 6T, the McLaren Edition has an in-display fingerprint reader, where pressing against the screen unlocks the handset.

The OnePlus 6T McLaren Edition goes on sale in Western Europe and North America on December 13, with availability in India, China and the Nordics coming soon after. The phone is priced at £649 in the UK and $699 in the US.