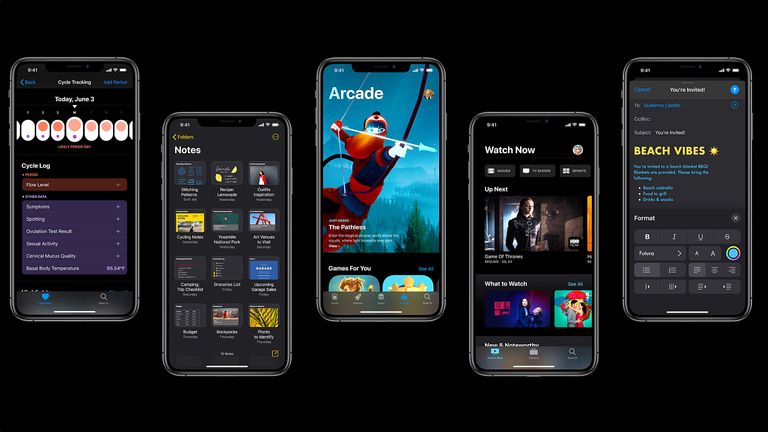 Apple announced its all-new iOS 13 update at its Worldwide Developer Conference this week. The final update will roll-out to iPhone and iPod Touch owners across the world sometime in the autumn, but developers have already had a chance to install the new version of the mobile operating system and test the new features.

One of the biggest revelations that wasn't announced on-stage during the two-hour opening keynote by CEO Tim Cook and co. is that Apple has done away with 3D Touch in iOS 13. For those who don't know, 3D Touch is the marketing-lingo used by Apple to refer to the ability to trigger different actions throughout iOS by applying varying amounts of pressure to the glass touchscreen.

Apple introduced its first pressure-sensitive display with the iPhone 6S and iPhone 6S Plus in September 2015. Since then, Apple has integrated 3D Touch deeper into its iOS mobile operating system, where it functions like the right-click seen on traditional desktop set-ups – offering quick access to shortcuts that would otherwise require a few more clicks to uncover.

For the most part, using 3D Touch is nonessential, which is helpful to keep the device as accessible as possible – and means devices without pressure-sensitive displays, like the iPhone SE and the iPad, can use the latest version of iOS without missing out on essential features.

With the launch of the iPhone XR, which doesn't include a pressure-sensitive screen, Apple swapped 3D Touch for something called Haptic Touch. This replaces a more forceful push into the screen with a long-press coupled with a small burst of haptic feedback. This was a bit of a fudge as it didn't include support for a number of the most useful 3D Touch features, like Peek and Pop or Quick Actions.

With iOS 13, Apple looks set to roll-out an improved version of Haptic Touch to every iPad and iPhone model – even those with a pressure-sensitive screen. This is terrible news for those who own an iPhone with a 3D Touch display, since it removes a feature that has been available in your handset since it launched.

Thankfully, Quick Actions (the menu of frequently-used actions that appeared when applying more pressure onto an app icon on the home screen) is now supported with Haptic Touch in iOS 13. The ability to preview the contents of a URL or email by forcefully pressing on them in a list (known as Peek) has also been added, although the ability to commit to opening them (Pop) has been ditched.

Those who are used to using these features on a smartphone with a 3D Touch compatible screen will likely see a drop in speed with the upgrade to iOS 13. That's because it's no longer possible to 3D Touch on an icon and then slide to the item in the Quick Actions and lift your finger from the display to trigger it. Instead, you'll need to long-press on the icon until the iPhone buzzes you with a haptic tap and launches the menu, then lift your finger from the display and tap on the item.

So, why has Apple stripped out 3D Touch from iOS 13 – a feature that it heralded as a "powerful new dimension to iPhone’s revolutionary Multi-Touch interface" when it debuted the technology four years ago?

It's possible that Apple simply wanted to standardise how 3D Touch and Haptic Touch worked across all of its devices. At the moment, those who own an iPhone XR have to interact with notifications and Quick Actions in a very different way to those with an iPhone XS Max. And despite being available on iPhone for years, Apple still hasn't managed to bring the feature to iPad – and likely never will now.

However, it's impossible to ignore the fact that the demise of 3D Touch has come just days after analysts from Barclays claimed the follow-up to the iPhone XS will ditch the pressure-sensitive technology. According to the analysts, this information was gathered during a trip to Asia last month to meet suppliers that provide parts to Apple. The analyst note mirrors a report from The Wall Street Journal in January.

Why Apple is no longer able to support the pressure-sensitivity in its next-generation iPhone is anyone's guess. It could be the technology is incompatible with another feature planned for the device – like a smaller notch, or a high refresh rate, like the 120Hz display on the latest generation of iPad Pro models.

Provided the Californian technology company sticks with its typical release date, Apple will launch its iPhone XS and iPhone XR follow-ups in September. As always, T3 will have all the news as soon as it breaks.