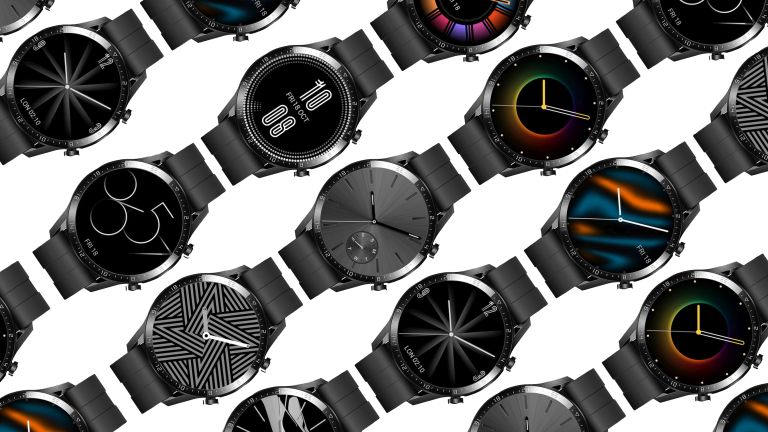 Just days after Tim Cook took to the stage to announce the Apple Watch Series 5, more news about the latest smartwatch from Huawei, the GT 2, leaks online.

We've previously seen images of what the case will look like, but now we're given a more in-depth look at the brand new Harmony OS software.

That's not all, though, Huawei also spoiled us by teasing a release date on Twitter… so those eagerly anticipating the smartwatch should add 19th of September to their diaries.

This will be the first smartwatch that runs Huawei's brand new Harmony OS. This operating system was officially introduced in August this year, and is designed to power anything from televisions, laptops and smartwatches, to smartphones.

Up until recently it was unclear what the operating system would look like running on a smartwatch, but now, thanks to a selection of design patents found by Lets Go Digital, we've got a much better idea.

The patents contain a number of watch face designs, including very colourful, bright faces, as well as black and white dials.

You can see a selection of the watch faces below:

These images were included in design patents filed in Germany with the EUIPO (European Union Intellectual Property Office).

The patents also show a graphical representation of the heart rate monitor.

Last week images of the smartwatch first emerged showing two different colourways. One looks to be a sportier option with a black rubber strap, while the other goes for a more traditional design, featuring a stainless steel case and smart brown leather strap.

Both have a circular display with push buttons at two and four o'clock, and both also feature a 24-hour scale etched into their bezels.

WinFutures claims the new Huawei Watch GT 2 will have a larger 445 mAh battery compared to its predecessor. It is also claimed the watch has a speaker and microphone, suggesting that phone calls will be possible.

However, it isn't yet clear if calls can only be made over a Bluetooth connection with your smartphone, or if Huawei will offer an LTE version of the Watch GT 2 with its own 4G connection.

On the back, we can see the watch has an optical heart rate monitor, although there is no word yet on the Huawei Watch GT 2 getting an ECG app to rival the Apple Watch Series 5 and Samsung Galaxy Watch Active2.

As for the release date, Huawei recently posted a video on Weibo (a Chinese social media platform), that confirms the Watch GT 2 name, and a 19th of September release date.

That means it'll appear alongside the Huawei Mate 30 at an event in Munich.