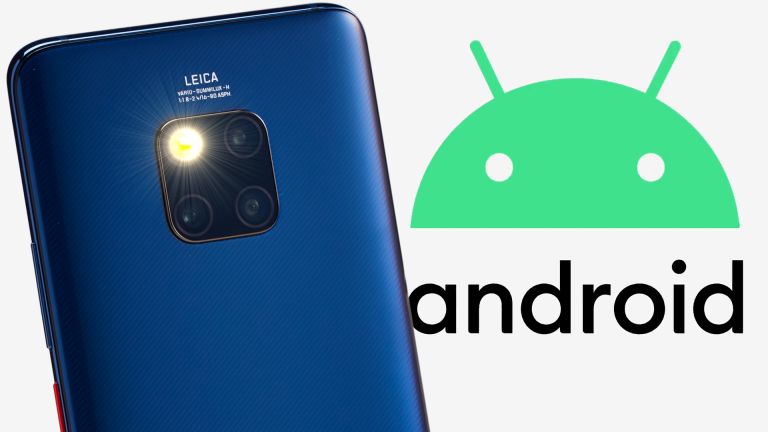 Huawei's next flagship smartphone will not ship preinstalled with Google-built applications, including Google Maps, Gmail, and YouTube. The Californian technology company confirmed that the US trade ban put in place earlier this year means it cannot licence its software to new devices built by Huawei.

Existing hardware, like the Huawei P30 and P30 Pro launched earlier this year, can continue to run Google-made apps and are already confirmed to get the next version of Android, previously codenamed Android Q but now branded Android 10.

Huawei is widely-tipped to be gearing up to launch a successor to its Mate 20 and Mate 20 Pro flagship smartphones debuted in October 2018. However, the confirmation from Google means these new handsets are unlikely to ship with access to the Google Play Store, which lets Android users choose from millions of popular apps, including the likes of WhatsApp, Facebook, Snapchat, and more.

Not only that, but it will not ship with the likes of Google Photos, Gmail, Hangouts, or any of the other wealth of apps and services that customers have come to expect from Android-powered devices.

The US government restricted US firms from selling products and services to Huawei back in May over national security concerns. President Trump has previously stated that some exemptions would be allowed in the current US trade ban. However, US officials have yet to grant any licences to trade with Huawei.

As it stands right now, it seems the next smartphone launched by Huawei will not be able to access any Google services or apps.

Of course, since Android is an open-source operating system any manufacturer can offer it on their handset or tablet. For example, Amazon's Fire tablet range is powered by Android, but has no ties to the Google-designed version you'll find on the Google Pixel 3 XL.

"Anyone who has already bought, or is about to buy a Huawei smartphone, can continue to access the world of apps as they have always done," it added.

"All devices continue to be covered by our manufacturer's warranty and will receive full service support accordingly."

Huawei announced its replacement operating system, dubbed Harmony OS, earlier this month at a developer conference. However, the company will struggle to catch-up on the years of development Google has already poured into its mobile operating system, and it's going to make its phones far less attractive in the US and Europe.

Not only that, but it is going to be a seismic challenge to convince third-party developers such as Facebook to create and support a new app just for Huawei users. This is something even Microsoft was never able to do with Windows Phone, leaving its app store devoid of some of the biggest names.

The US trade band has already had a devastating impact on Huawei. Earlier this year, the Shenzhen-based manufacturer company overtook Apple for the number two spot as the biggest smartphone maker worldwide, with only Samsung to catch.

However, a report from Bloomberg has claims the company is shedding "a 40% to 60% drop in international smartphone shipments," with "sales and marketing managers internally charting a drop in volumes of anywhere between 40 million to 60 million smartphones this year."

#HarmonyOS was created with four major building blocks in mind, ensuring a new generation OS that is best suited for our digital world today. #HDC2019 pic.twitter.com/7vgEuwuUG6August 9, 2019

Speaking during the CES Asia tradeshow, Huawei Chief Strategy Officer revealed that the company had cooled on its goal of becoming the biggest smartphone manufacturer globally by the end of this year – or early 2020, something that it was championing during its hardware announcements just a few months earlier.

"We would have become the largest in the fourth quarter (of this year) but now we feel that this process may take longer," Shao Yang confirmed, although he did not elaborate on the reasons. He also claimed Huawei still sells 500,000 to 600,000 smartphones a day during his speech in Shanghai.

The latest confirmation from Google hands a huge competitive advantage over to rivals like Samsung, which debuted its Samsung Note 10 and Samsung Galaxy Note 10+ flagship smartphones earlier this month, Apple and Google, which are both planning to launch new handsets in the coming weeks.