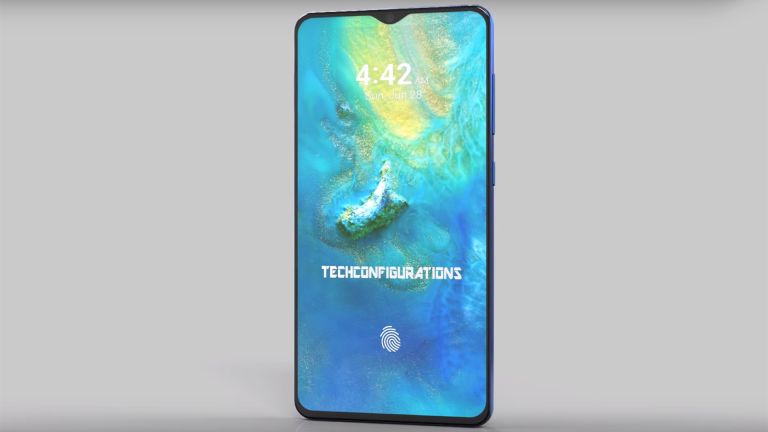 The Huawei P30 Pro has leaked again, this time appearing in a video that shows off what its quad camera and water-drop screen could look like – and it's something that even the Samsung Galaxy S10 could be challenged by.

The new P30 Pro, which has already essentially been confirmed for a 2019 release by Huawei, could be a real stunner. If Huawei wants to continue its popularity after the P20 Pro and Mate 20 Pro, it'll need to be more than just stunning when you consider the 5G competition that's expected this year.

Check out the render video below as mocked up by TechConfigurations, based on the most recent leaks.

The Huawei P30 Pro, according to this video, should come with a quad lens rear camera, adding one to the current P30 Pro offering. This is coupled with a dual LED flash and dual sensors too. The result should be some of the best optical zoom and most accurate images from a smartphone yet.

On the front is a single lens 12MP selfie camera which appears at the top of the screen in a water-drop style notch. That makes for a huge display which should do away with bezels for the best possible size to screen ratio. This is expected to be a 6.3-inch AMOLED screen with a 19:5:9 aspect ratio.

Also spotted is a 3.5mm audio headphone port, which will come to the great surprise of many, There's USB-C to charge but also an under-screen fingerprint sensor for security. It's unclear if this will be ultrasonic like Samsung will apparently offer, or optical like most currently offer.

Everything should be powered by the latest Kirin 980 CPU backed by up to 8GB of RAM and 512GB storage.