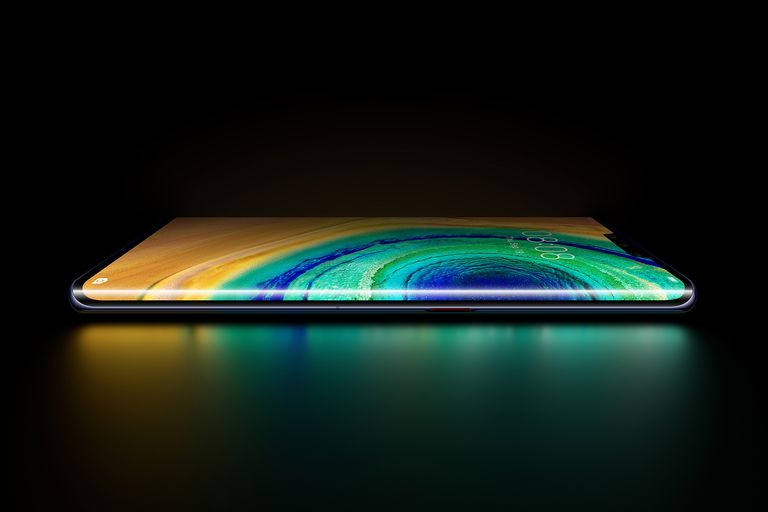 Six months ago, the internet was abuzz with rumours of the Huawei Mate 30 Pro, just as it is now with the Chinese telecoms company's next offering, the Huawei P40. The phone became embroiled in the US' trade war with China, resulting in a ban on Google services such as Chrome, Gmail and the Play Store. However, after a long delay and a notable lack of services on the phone, the Huawei Mate 30 Pro will at last arrive in UK markets.

The flagship device will be available from February 20 and will be sold exclusively via Carphone Warehouse, but Huawei fans looking to snap up one of these handsets can register their interest from today.

Huawei's latest handsets have faced a turbulent launch period after Google shunned its products. It still won't sport Android apps or have the capacity to install them, but Huawei has its own email client which will support Gmail and a list of rapidly-expanding smartphone services to fill the void. It will thankfully still be based on Android 10 and its gesture navigation system, but reskinned as Huawei's own EMUI.

The phone itself looks to be stellar, with a 6.53-inch 'waterfall' edge-to-edge screen called 'horizon display', four rear cameras in a circular housing and a large front-facing notch housing a trio of selfie cameras. It's 5G-compatible with a top-end Kirin 990 chip and a 4,500mAh battery powering the lot.

Together, it's enough to strike fear into the heart of a competitor, but the lack of compatible apps could prove the phone's downfall compared to newer flagships such as the Samsung Galaxy S20.

So in order to sweeten the pot, Huawei is offering a free pair of its true wireless AirPods competitor, Freebuds 3, along with a Huawei Watch GT2 smartwatch and fitness tracker, with every pre-order of the handset from Carphone Warehouse. The phone itself is priced at £899, which is not unheard of for a flagship phone of this calibre, but combined with the smart accessories, it becomes a true bargain.

Can the addition of smart accessories tempt phone fans into pre-ordering a Google-less phone? Time will tell. However, we're excited to finally get our hands on the phone, not least to see how well it performs alongside other flagships such as the iPhone 11 Pro and Samsung Galaxy S20 Ultra.