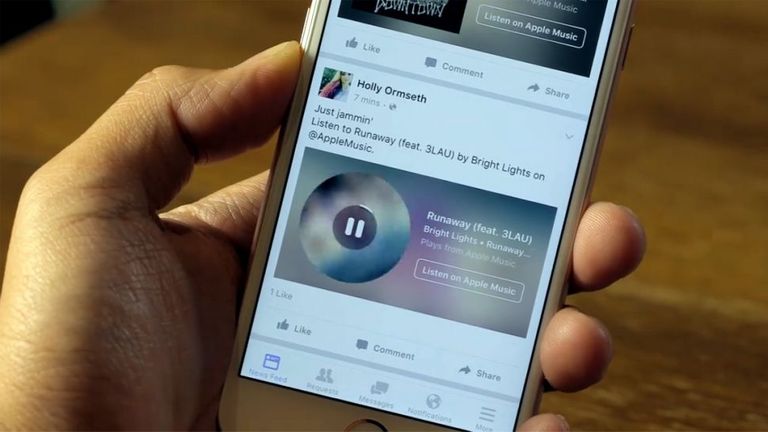 Sharing music is one of the true pleasures in life, but it can be difficult to know which of your friends uses which streaming app as the market floods with competitors. But Facebook has found a way to share new tracks without even leaving its newsfeed.

Update: Facebook has now confirmed it will come to Android and desktop in the future but there are no official plans yet.

You can now take a link from Apple Music or Spotify and share it within Facebook.It'll automatically switch into a new module called Music Stories and will mean all your friends will be able to listen to a 30-second preview of the track you've shared.

It works for both singles and albums, plus it decorates the post with a look at the album artwork as well. Your friends can then click through on the link if they use that particular service.

Just for iOS though

While it plays there's an animation of a disc spinning round - it looks great in the news feed and reminds us of an old-school vinyl record.

At the moment it's only available in the iOS app though. Facebook didn't share any details for Android or desktop, but we've reached out for comment and hopefully it will share more news with us soon.

It's a great little feature so it'd make sense if it rolled out to desktop as well – that said, maybe Apple would like to keep this new feature just locked down for those on iOS devices.