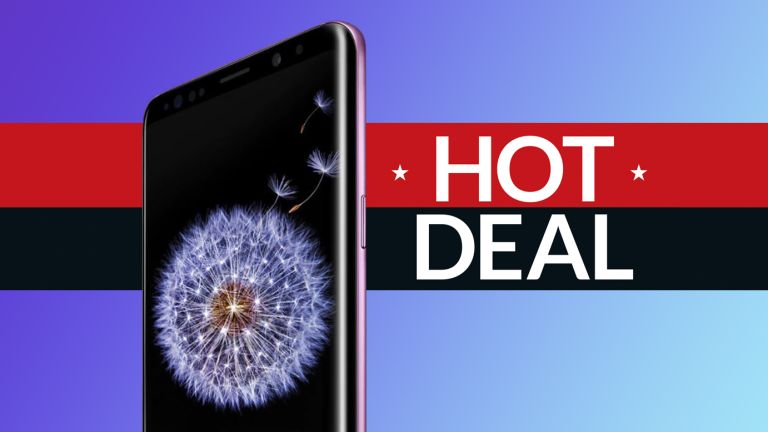 If you want one of the best Android phones on the market then this sweet deal from Mobiles.co.uk is definitely worth a look.

That's because the T3-approved phone store is offering like-new refurbished Samsung Galaxy S9 smartphones for just £10 upfront, and with a strong all-round contract bundled in, too.

By using the discount code REFURB15 at checkout you can knock £15 off the upfront cost of a Samsung Galaxy S9 64GB phone, meaning that you spend just £10 to get it in your hand, as shipping is also free.

You don't get a paltry amount of data on the bundled contract with Vodafone, either. Check out the full details of the deal below:

Samsung Galaxy S9 64GB Refurbished Black | £10 upfront with code REFURB15 | 5GB data | Unlimited minutes and texts | Vodafone | £26pm | 24-month contract
Here's a fantastic way to pick up one of best phones on the market for next-to-nothing upfront and with a strong contract, too. Head over to Mobiles.co.uk right now and you can pick up a like-new refurbished Samsung Galaxy S9 64GB smartphone for only £10 upfront using the code REFURB15 at checkout. The contract the S9 comes with is strong, too, with a hard-to-go-over 5GB a month data allowance, as well as unlimited minutes and texts coming courtesy of Vodafone for a 24-month period. The cherry on the top of the cake? That would be the package's totally free delivery.

The REFURB15 code runs out in six hours, though, so if you want the phone for just £10 upfront instead of £25 then we advise you to ring it up fast.View Deal

In T3's Samsung Galaxy S9 review we called the handset "a refined Android flagship with show-stealing camera", before bestowing a maximum score of five stars on it. We were blow away by its fabulous Super AMOLED 18.5:9 QHD+ screen, speedy Qualcomm Snapdragon 845 CPU and high-level fit and finish. And, while the Samsung Galaxy S10 has since offered even more power and performance, the Galaxy S9 remains a very powerful, slick and stylish smartphone.

For even more amazing prices on today's best smartphones then be sure to also check out T3's best phone deals guide or, if you are thinking of buying a handset outright and need a quality network package, then you should scope out the best SIM only deals going. Right now EE are offering an UNLIMITED EVERYTHING deal for just £20 a month.