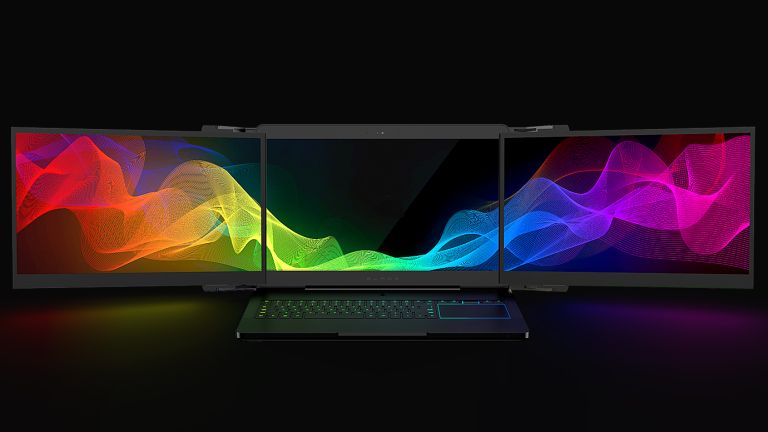 Samsung is tipped to reveal its first foldable smartphone, dubbed Galaxy X, during the opening keynote at its annual developer conference in San Francisco tonight.

However, the feverishly-anticipated handset, which will purportedly boast a folding book-like design that houses a 7.29-inch OLED display that offers a fully-featured tablet-like experience, is far from the only foldable device in the works. As well as the rumoured folding Galaxy tablets, Samsung confirmed it's developing a range of laptops with folding displays.

The development was confirmed by Samsung Vice President, Lee Min-cheol, during a PC event held last month. According to Min-cheol, the flexible display included on the Samsung laptops will "not just simply fold in and out."

Presumably, Samsung will use the folding mechanism to squeeze a load more screen real estate into a compact notebook design, since this appears to be the argument for the technology in the Galaxy X, which will supposedly be able to fold its 7.29-inch display almost perfectly in half for portability.

“Like foldable smartphones, Samsung is collaborating with display makers to develop laptops with foldable displays that will not just simply fold in and out but create new value and user experience, amid the changing market trends for laptops,” Samsung Vice President Lee Min-cheol told the Korea Herald.

Unfortunately, the Samsung executive didn't go into any further details about which companies it’s currently working with on the next-generation laptops, or when the first devices will launch. Still, the prospect of being able to fold-out a laptop display to watch a movie on a bigger screen, and retract the size of the screen when you're working in a limited space – an aeroplane seat, for example – is hugely appealing.

With any luck, we'll have a clearer idea of what Samsung has hidden up its sleeves after its annual developer conference kickstarts tonight. The South Korean firm is widely-tipped to use the two-day event to unveil the first look at the Galaxy X.

However, it's currently unclear whether Samsung will reveal the final hardware of the product, or simply use the developer conference to showcase some of the user interface elements planned for the Galaxy X.

According to executive Lee Kyeong-tae, Samsung plans to unveil how the all-new handset is designed to improve multitasking, as well as how the operating system ensures the device usable as a smartphone when it's folded, and as a fully-featured tablet when unfolded.