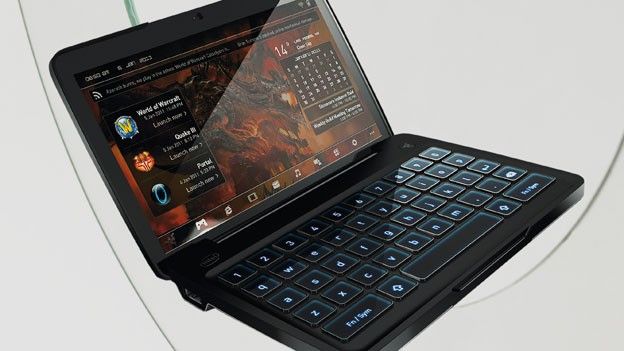 The Razer Switchblade offers you the chance to try gaming in an entirely new way. Rather than having to trawl through the instruction manual of every PC game for the controls the Swtichblade adapts to each title

Gaming hardware manufacturer Razer has shown that sometimes it is possible to think outside the box and still come up trumps as the Razer Switchblade is announced as the T3 Gadget Awards 2011 Innovation of the Year.

Seeing off the likes of the well established glasses-free portable 3D games console that is the Nintendo 3DS as well as the Motorola Atrix and Google's Android Honeycomb OS, the Switchblade, which has yet to be made available for purchase took the coveted prize.

Despite still essentially being nothing more than a concept, the Razer Switchblade's innovative form factor and truly revolutionary style of gameplay pushed it to the fore.

“This high-concept mini gaming PC could be perfect for MMO fans on the move,” said Patrick Goss, Editor of Tech Radar and judge in the 2011 T3 Gadget Awards. “If it ever actually hits the shops, that is.”

With the product still in concept stage Razer has remained very tight-lipped on the Switchblade's specs What we do know, however, is that it'll have the latest Intel ultra-low power processor onboard and will boast both a 7-inch capacitive touchscreen display and full QWERTY keyboard alongside Razer's innovative changeable keys.

The keys are of course the USP of the whole product, with each key featuring a backlit display the Switchblade is able to change the appearance and function of each key, depending on the game being played.

All of this is packed into an ultra-portable folding design, much like a miniature notebook, but that doesn't mean it skimps on internals. The small form-factor still manages to hide built-in WiFi and 3G connectivity while the capacitative touchscreen adds a new element to using Windows 7 and Razer's own UI.

Is the Razer Switchblade the future of gaming or would you have gone for the Nintendo 3DS? Let us know what you think on the comments box below, and head over to our T3 Gadget Awards feature for the winner's parade.