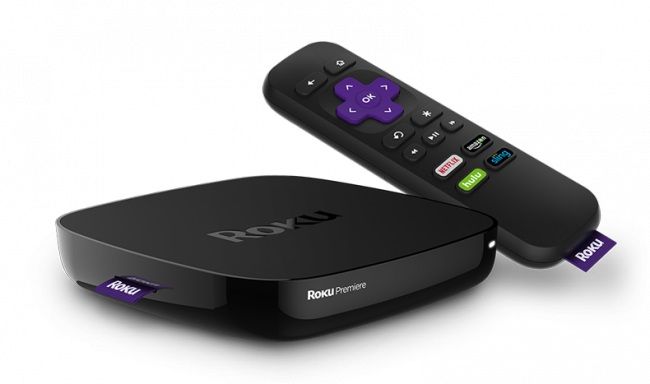 When it comes to TV streamers, Roku is one of the biggest brands in the world, and many of you will be searching for the best Roku deals you can get your hands on – and in the case of Roku devices, those deals can be very good indeed.

For the uninitiated, Roku streaming devices transform regular TVs into a smart TVs, with access to thousands of channels and apps like Netflix and YouTube. With more than 2,000 channels on the platform now, you need never miss any of your favourite shows, movies, songs, bands or videos again with one of these cheap Roku deals.

Roku's box allows you to steam entertainment from top channels such as, Amazon Prime, Netflix, Hulu, HBO Now, Showtime, BBC iPlayer, YouTube and more... just about everything is covered.

Depending on what you watch there maybe a fee, as some channels charge a subscription or allow you to simply rent or buy. But there are also hundreds of channels that are free to enjoy, leaving you in control of what you want to pay for and what you don't.

There are lots of different product versions, but we're here to walk you through all of the readily available ones and give you the best prices. Read on for the very best Roku deals of 2020.

This is a small but simply superb streaming stick that delivers 4K, HDR10 content for very little money. The Plus boasts four times the range as certain rival models, as well as stronger signal, too, and it also comes with a new remote with buttons for TV power and volume. As you would expect, this stick will work with any TV with a HDMI connection, however if you are dropping the money for this model then really you should be pairing it with a strong 4K, UHD, HDR TV. If you do, the results will definitely not disappoint.

The Roku Premiere+ is a great combination of performance and value from a 4K streaming player. This Plus version includes HDR (High Dynamic Range) playback, giving it a feature the Amazon Fire TV box lacks. Is your Wi-Fi a bit weak? Fear not as there's an optional ethernet port to give those 4K visuals the juice they need. Don't forget the option to enjoy private listening by plugging headphones into the remote too.

While very cheap for a solid 4K streamer, we'd seriously recommend weighing up the prices of this compared to the Plus model above as you'll get additional features for a few dollars more. We're talking HDR playback, optional ethernet connection, MicroSD slot and you can plug headphones into the remote.

Consider this the deluxe member of the Roku family, with even more features than the acclaimed Roku Premiere Plus.

So what's new with the Roku Ultra? The remote control can now be used for voice-search and it now features extra buttons to convert it into a game controller. If you make a habit of losing the remote a lot, there's a button on the box to make the remote emit a noise to help you find it. Optical out audio and USB ports round out one of the best streaming devices on the market.

It's also the most expensive Roku in the family, so we'd think about if you really need the extra over the Plus version.

The Roku sports 4K and used to be the best in the biz. However, your needs are generally much better served by the Roku Ultra above.

We've only kept the Roku 4 price comparison chart in our guide because sometimes we see it go for a discounted price that's comfortably cheaper than the Ultra. Lately, we're seeing it cost around the same price.

Naturally, you should get the Ultra for the additional features when that's the case.

The benefits of choosing a Roku 3 is its point anywhere remote, which includes a headphone jack for private listening and its motion control for games. It also houses a fast HD optimised processor, unlike the Streaming Stick, making usage simple and responsive.

By choosing the entry level Streaming Stick you save money but you also loose some functionality. You say goodbye to the fast HD optimised processor, Ethernet, USB and microSD card slot, the headphone jack slot and control for games compared to some of the models above.

However, there are no clumsy cables as the Streaming Stick plugs directly into the HDMI slot. It also runs faster than the cheaper Roku Express.

Buying from the US? The Roku Express is the cheapest member of the Roku streamer family. The Roku Express doesn't run quite as fast as the slightly more expensive Roku Streaming Stick and attaches to your TV via a HDMI cable rather than plug in directly to the slot like the Stick model.