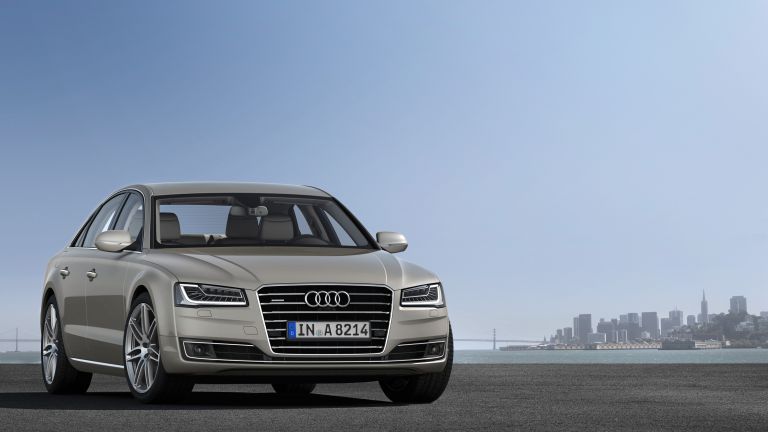 Car companies are increasingly looking to alternative sources of fuel for their vehicles. A team of Audi researchers has just hit what could be the motherload: it's made diesel out of water and air.

Here's how. It used renewable energy to split water molecules into oxygen and pure hydrogen. Then it collected carbon dioxide from a biogas plant, and mixed this in under hot, high-pressure conditions. This makes what is known as 'blue crude', which can then be refined into biodiesel.

The process is 70 per cent efficient. The resultant fuel has none of the contaminants found in standard diesel, and can be used as a fuel in its own right or mixed with standard diesel.

Cleantech firm sunfire is behind the process. It poured said synthetic fuel into an Audi R8 belonging to German federal minister of education and research Johanna Wanka (presumably after asking her permission). It will make 160 litres of this synthetic fuel every day at its plant in Dresden, and hopes to expand.

"This synthetic diesel, made using CO2, is a huge success for our sustainability research," Wanka said. "If we can make widespread use of CO2 as a raw material, we will make a crucial contribution to climate protection and the efficient use of resources and put the fundamentals of the 'green economy' in place."

Audi isn't the only carmaker looking to kickstart a green revolution. Earlier this year, Toyota offered its entire portfolio of 5,680 patents for hydrogen-fuelled cars to anyone and everyone, including rival car companies. If others adopt the tech, it would mean an end to oil wars, less air pollution and a global shift in the balance of power, as the value of oil plummets.

Toyota has earmarked 2020 as the year by which hydrogen cars will be a sustainable business model. A brave new world awaits...

More about Audi A8