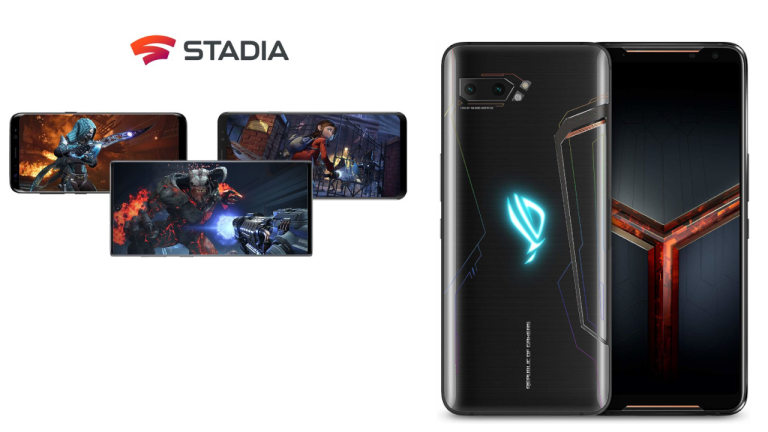 While Samsung Galaxy S20 may be the big phone news right now, for gamers there is a new Ruler lurking just over the horizon. The Asus ROG Phone III hasn't been officially announced yet, but is expected to launch this year as a follow-up to, logically enough, the ROG Phone II. Asus' line of smartphones are specifically aimed at gamers, and with the beefy specs and top notch hardware needed for a smooth gaming experience they’re among the best gaming phones you can buy.

The company has now revealed a new partnership with Google that will see the upcoming Asus ROG Phone III run Stadia straight out of the box. Think of this as the PS5 of mobile, or an Xbox Series X that can WhatsApp.

Google Stadia is a game streaming service that handles all of the hard work of running games in the cloud. All you need to play is a subscription and a Stadia-supported device. Initially only available on the Pixel series of handsets on the smartphone front, Google announced a list of Android phones earlier this week that are now compatible with the service. Supported devices now include the brand new Samsung Galaxy S20 series, Razer's line of gaming phones, and both the Asus ROG Phone and Asus ROG Phone II.

An Asus spokesperson has confirmed that Stadia will not only be supported on the next iteration of it gaming phone, but will come pre-loaded with the app. And what's more, everyone who buys the Asus ROG Phone III will get three months of Stadia Pro for free. All of this is as a result of a year-long partnership between Stadia and Google that will run until 2021.

Given that streaming games from the cloud takes the onus off the device to run it, you don't necessarily need a top of the line smartphone to play your Stadia games on. But given that the Asus ROG Phone brand is firmly aimed at gamers who play titles on their smartphones that are a little more power intensive than Candy Crush, anyone who opts for those handsets over a new Samsung or iPhone is the target audience for Stadia on mobile.

We may see more partnerships with other gaming phone brands, like Black Shark, or Razer, and hopefully further promotions to sweeten the deal. In the meantime, you can check out out top picks of gaming phones which includes the Asus ROG Phone which is still a fantastic buy even though it was launched in 2018.