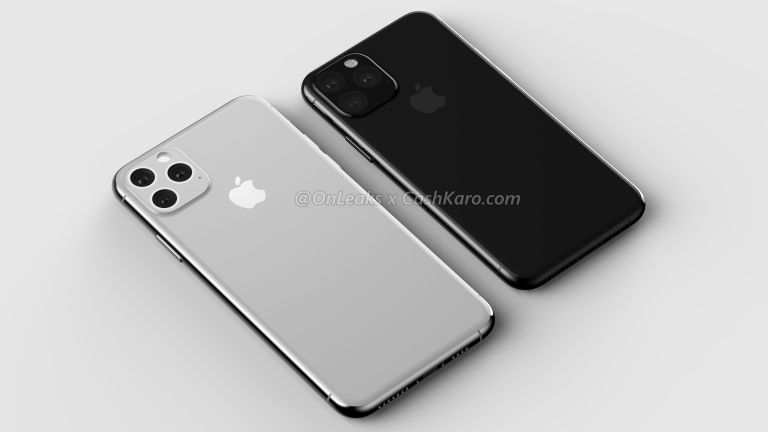 When Apple CEO Tim Cook whisks away the cloche on-stage to unveil the follow-up to the iPhone XS, iPhone XS Max and iPhone XR on-stage in September, the industrial design will not be much of a surprise.

Ahead of the launch, we've seen some very high-resolution renders based on leaked CAD models used in the manufacturing process that reveal the exterior of the next iPhone, dubbed iPhone 11. From the front, the iPhone XS successor looks identical to every smartphone since the iPhone X, which launched in November 2017. From the back, there is only one change – the expansion of the dual-camera to a large square camera housing designed to hold three separate cameras.

Those who were holding their breath for a gorgeous new industrial design from the mind of Sir Jony Ive – or his successor now that he's packing up his desk, might be a little disappointed by this new iteration of the best-selling iPhone series.

However, the almost unchanged exterior of the iPhone 11 doesn't mean this is going to be the same smartphone reheated. In fact, a new report from Apple-centric 9To5Mac suggests there will be a number of tweaks and new technologies inside the handset, including an all-new Taptic Engine.

Apple introduced its first-generation Taptic Engine with the iPhone 6S and iPhone 6S Plus in order to administer a small tap from inside the handset when the pressure sensitive 3D Touch system was activated.

It was used to differentiate between the amount of pressure applied to the 3D Touch display before Apple started to introduce more haptic feedback across its iOS operating system with the iPhone 7, iPhone 7 Plus, iPhone 8 and iPhone 8 Plus.

With the demise of 3D Touch mooted for iPhone 11, the new Taptic Engine – codenamed "leap haptics" – will likely introduce its replacement, Haptic Touch.

Apple is expected to keep the same resolutions as the existing iPhone XS and XS Max, with the new models likely to replace the existing ones in the lineup – just like the iPhone XS did with iPhone X, which is no longer sold in Apple Stores, last year.

As well as the new Taptic Engine, Apple will introduce an A13 system-on-a-chip that will be significantly faster than its existing silicon. According to sources speaking to 9To5Mac, the front-facing camera on the iPhone 11 series will be upgraded to support slow-motion video capture at 120 fps for the first time.

Elsewhere, the successor to the more affordable iPhone XR looks set to ship in new colour options not seen in the current generation.

Provided Apple sticks with its typical launch window, we'll find out exactly what the Cupertino-based firm has been working on during a media event in early September. As always, it's worth taking the above reports with a healthy pinch of salt, as nothing is official until CEO Tim Cook produces it from his pocket on-stage at Apple Park.