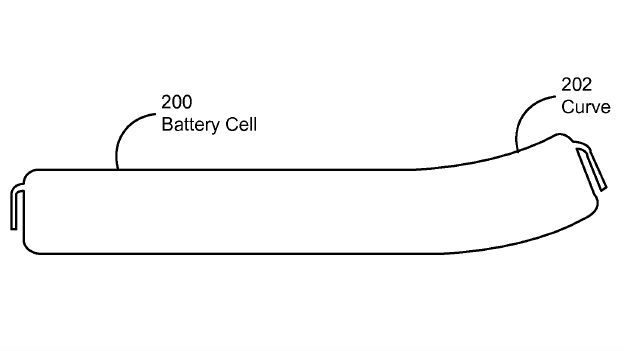 Apple have filed a pair of patent applications to the U.S. Patent and Trademark Office for new battery designs

Both methods could be designed and manufactured for a thinner device using different techniques.

The curved battery design described in the patent filing explains with heat and pressure, "the curve may be formed at one or more ends of the battery cell to allow the battery cell to occupy a curved and/or rounded space within the enclosure of a laptop computer, tablet computer, mobile phone, personal digital assistant (PDA), digital camera, portable media player, and/or other type of battery-powered electronic device."

Whilst the non-rectangular battery patent could allow two or more thicknesses by removing material from one or more sides of the anode and cathode, allowing for a thinner shape.

AppleInsider uncovered the patents, filed for on October 28 2011, reporting that although it is not clear what Apple intend to do with these batteries, "a possibility is the use of such battery design in an iPhone with a "wrap-around" display, which passed through the USPTO in late March."

Apple recently reported a drop in profits for the first time in a decade but still managed a net profit of $9.5 billion (£6.2).