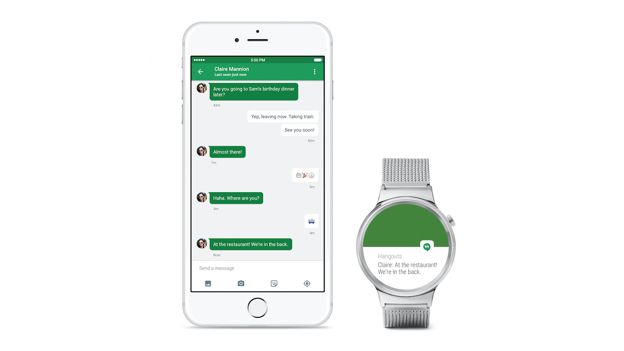 Android Wear owners can finally pair up their smartwatches with iPhones after Google confirmed compatibility between iOS and the devices.

In a blog post on the Google Blog, the company confirmed that Android Wear for iOS is rolling out from today and it means that owners of an iPhone 5, 5c, 5s, 6 or 6 Plus running at least iOS 8.2 can use an Android Wear smartwatch in conjunction with it.

When it comes to the compatibility of individual devices, the LG Watch Urbane is the only one that has the stamp of approval thus far and owners of smartwatches from Huawei, Asus and Motorola are told to “stay tuned for more”.

Until now, the Apple Watch has had the iOS domain almost completely to itself when it comes to smartwatches with the only real competition coming in the shape of activity trackers from the likes of Fitbit and Nike.

The move will almost certainly give Android Wear smartwatches a kick up the backside in the sales department thanks to the competitively priced level of the wearables in comparison to the Apple Watch.

Large numbers of Apple iPhone owners unhappy at the exorbitant price of the Apple Watch may prove the ideal breeding ground for new Android Wear owners and it will be interesting to see if Apple does anything to address this by bringing the price its wearable down.