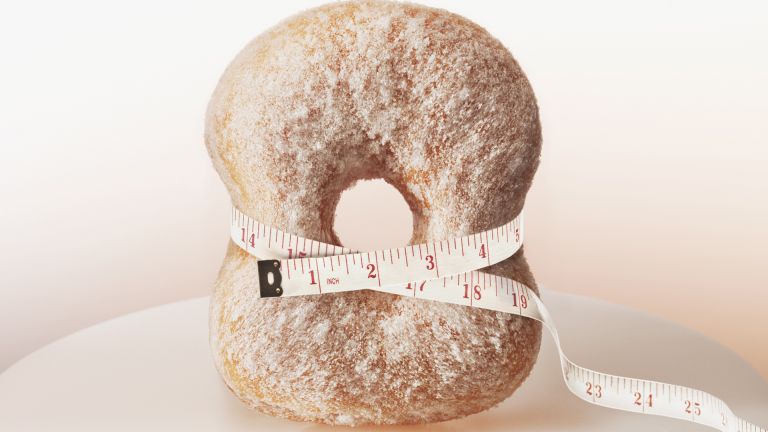 Intermittent fasting is a pretty popular way of dieting at the moment, especially the 5:2 diet. However the 16:8 diet could be  better option. For those who don’t know, the 5:2 diet plan involves eating normally for five days a week, and then restricting yourself to between 500-600 calories for the other two days. However, a new study published in the journal Nutrition and Healthy Aging suggests that the lesser-known 16:8 diet is perhaps a better method for losing weight fast. Make it part of your strategy to get fit in 2020.

The 16:8 diet involves eating “any type and quantity of food” between the hours of 10am and 6pm every day, but nothing at all outside of those hours. Only water is allowed during the 16 hour fasting period.

The idea is that by fasting, the body runs out of carbs to burn and so begins to take energy from the body’s fat stores – this is the same principle for all intermittent fasting diets, whether you opt for the 16:8, the 5:2, or any other plan.

The study monitored a small group of 23 obese men and women whilst they followed the 16:8 diet for 12 weeks, against a control group who ate normally. Over three months, the 16:8 group lost on average 3% body fat, and saw their cholesterol decrease.

Most interesting is that the 16:8 group consumed 300 calories less a day than the control group on average. Both groups were allowed to eat whatever they wanted for either eight hours, or for an entire day.

The fact that the test group contained fewer calories were not gorging during their eight hour of free eating, as may be the temptation when you know you won’t eat for another 16. This suggests, perhaps, that the key isn’t necessarily the intermittent fasting, but the calorie reduction that it encourages.

Whilst we’re not 100% convinced by the practicality of the 16:8 diet, we definitely think there’s something to be said for cutting out evening snacking, as often these calories aren’t used by the body and so just aren’t needed.

In reality, the 16:8 diet is impractical for most people. For those who can eat breakfast at work at 10am it could really work, but for anyone working shifts, in retail or as schoolteachers – to name just a few – not being able to eat before 10am could mean a long wait before getting their first meal of the day, negatively impacting brain power and performance.

Equally, not eating after 6pm works if you make it home in time to cook and eat before then, but for most five o’clock finishers, this is unrealistic.

On the surface not eating before 10am or after 6pm sounds like a healthier way to lose weight than fasting for two days a week, but in reality it is highly impractical for many people. Its effectiveness will also vary hugely on what you consider a “normal” diet to be.

With the 16:8 plan, dieters are able to eat whatever they want for eight hours a day, but we think you’re more likely to lose weight quickly by eating healthy, but filling meals, whether you’ll be fasting after 6pm or not.

Liked this? Read our weight loss feature for tips on how to lose weight fast with diet and exercise.