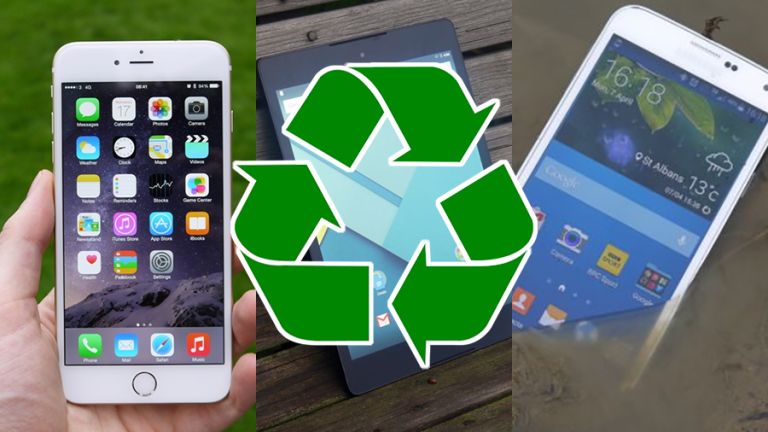 That old smartphone or tablet you have knocking about the house is more useful than you might think: just because it's no longer the latest and greatest model in existence doesn't mean it can't come in handy somewhere rather than gathering dust or getting recycled.

To show you what we mean, here are 11 different examples of how you can put a spare smartphone or tablet to good use very easily. You can do the same with brand new devices of course, but we're guessing you want to keep the best kit for all your usual apps and tasks.

Even if your phone or tablet has become somewhat sluggish, changes are it'll still run an ereader app such as Kindle or Kobo (both iOS and Android have their own dedicated ebook apps included as well). If you also have a separate ereader or you're using any other smart device in tandem, your reading progress will be synced across them seamlessly.

There's a huge number of online stations out there on the web, including output from the traditional broadcasters as well as internet-only channels covering all kinds of topics and tastes. If you install an app such as TuneIn Radio on your redundant phone or tablet then you can set it up in a corner of your desk and use it as a digital radio.

If you've got a spare smartphone or tablet that you can leave in one fixed place then why not use it as a home security camera that you can connect to at any time over the web? There are a few apps out there that can do this job for you, but one of the best we've seen recently is Perch (which is only available for Android for the time being).

Again word processing is one of those less-intensive tasks that might suit an older device that struggles with the demands of the latest apps. If you get something like Microsoft Word or iA Writer up and running on a tablet with a connected Bluetooth keyboard then you can happily type away and sync your work to any other device.

Most of us are familiar with using our smartphones and tablets to play music, but if you've got a spare older device then you can make music its primary purpose for being. Set up a phone or tablet running Spotify or Sonos to control your home music, or keep it in the car solely for the purpose of pumping out tunes on the go.

Another task that any smartphone or tablet can do but which also lends itself to a device set aside for one job. Set up a tablet in the living room for the specific purpose of calling the grandparents or keep an old phone running Skype or FaceTime in the corner of the hallway for the whole family to use as and when needed.

Thanks to the improvements in mobile camera lenses down the years, smartphones and tablets make pretty good scanners too - not great for copying photographs at high resolution but certainly suitable for digitising paper documents. Get yourself an app such as CamScanner, Google Drive or Evernote Scannable to help.

Fix your old smartphone or tablet to the wall (or just prop it up on a shelf), install a suitable weather app, and you've got instant forecasts to look at whenever you're heading out of the door or getting up in the morning. Dark Sky, WeatherBug and AccuWeather are some of the best apps we've seen, though there are plenty out there.

Constantly checking a device while you're in bed is bad for your health, so leave your regular phone in a drawer and use an old tablet or smartphone to wake you up in the morning. There's a bunch of useful and innovative alarm clock apps available to choose from besides the built-in options for Android and iOS, including Wake and Timely.

Stick your old phone or tablet on the arm of the sofa and you can use it as a remote control, especially if you have an Apple TV or Android TV box (where setup is pretty much instant). Otherwise look for apps specific to the device or the app that you're looking to control from afar, or pick one that works with almost everything.

If you can fit a spot where your old smartphone or tablet can be always plugged in, why not use it as a digital picture frame? If you want to occasionally change the photo being shown manually, just about any photo app out there will do the job, while apps such as Dayframe and Picmatic have been specially designed for the task.