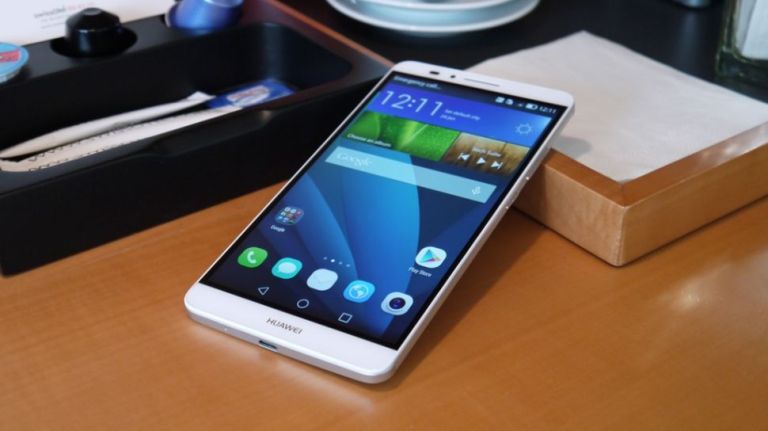 If you have an iPhone, you may not have noticed what's happening with the world of Android phones at the moment. A change, which started sometime within the past five years, has slowly been taking over the smartphone industry, usurping Samsung—the long-time king of Android phones—and grabbing the attention of millions and millions of consumers.

Essentially, Chinese manufactures like OnePlus, Oppo, Xiaomi, and Huawei are now making some of the best phones on the market.

There are several pieces of evidence behind this assertion. The first, and most notable, is from Xiaomi, a 'startup'—insofar as the company is privately held—that makes smartphones with hardware that could match that of Apple, Samsung, and any other manufacture outside of China.

The Xiaomi Mi 5 recently beat the Sony Xperia X, the latest handset from the company, in a benchmarking test that pits the processor, memory, and screen against each other. The Mi 5, expected to be released in March, was announced on stage at Mobile World Congress in Barcelona—despite only being available in China at launch.

This prime-time unveiling—which was Apple-like—is surprising and signals the increasing ambitions of Chinese smartphone manufactures to get the attention of consumers elsewhere in the world.

In reviews, Xiaomi phones score well, rivalling established rivals like Samsung, which has seen a fall in sales over the past few years. Unlike Apple, Samsung sells a lot of mid- and low-range phones in emerging markets, mainly in Asia and South America, and the increase in low-cost manufactures has eroded its marketshare.

This trend has largely been ignored in the West, where Apple rules and Samsung has played second fiddle ever since the introduction of the larger iPhone 6 and 6 Plus. The Galaxy S7, also announced at MWC, takes much of what people felt was wrong with the Galaxy S6—no support for microSD, for example—and brings it back, but the iPhone still reigns supreme.

Smaller companies, like Huawei and OnePlus, both based in China, have undercut Samsung by selling cheaper phones that have hardware that runs Android well enough for most people.

The smartphone high-end is still Apple's, especially in the West, but the majority of the world doesn't have $600 to spend on a fancy phone and so lower cost, but high-quality, manufacturers are thriving. Apple has recently moved into new markets, like China, and is expanding its presence in India, but the established players, especially Xiaomi, already have big followings.

Huawei sold 36 million smartphones in China in 2015, a figure that beats out almost all other smartphone manufactures besides Samsung. This growth—up from 7.9 million units in 2011—has enabled the smartphone maker to expand into Europe, America, and elsewhere, bringing low-cost phones to market that could, in future years, sell well. Lenovo, which acquired Motorola from Google, has also seen strong growth.

Apple is rumoured to be reassessing its smartphone lineup with the possible introduction of the iPhone SE — an abbreviation of Special Edition—that, according to various leaks, has a 4-inch display, the internals of the iPhone 6, and an aluminium body. The iPhone 7, rumoured to be coming in September, would function as the high-end model while the SE would cater to the low-end.

If this sounds familiar, it's because Xiaomi, Huawei, and others have been championing this strategy outside of the US with great success. The revenue that these phones generate for each respective company has been plowed back into making phones that could, one day, before sold outside of China.

OnePlus, for example, has already brought its phones to the US and Europe. The company started out with a waiting mechanism that put customers in a queue, but that had to be dropped when demand became too high and people were left disappointed.

Interestingly, the company paid $300,000 for its phones to appear in House of Cards, the Netflix Original TV drama that is watched by million of Americas. This kind of placement shows that even a smaller company like OnePlus—which, according to LinkedIn, has 209 employees—is eager to expand quickly.

With big companies like HTC, Motorola, and LG performing poorly, anyone who wants an Android phone has to look elsewhere and China is currently the biggest source of low- and high-end phones. The Mi 5, OnePlus 2, and Huawei Mate 8 all work as Samsung or Apple rivals.

Beyond the hardware, all of these phones are priced very, very cheaply for what they are. The OnePlus, for example, costs around £250 ($350) unlocked or, to put it another way, around half what an iPhone 6S or Samsung Galaxy S7 costs.

There is still a way to go, of course, but it's looking more and more likely that the next smartphone you have will be made by a Chinese company.