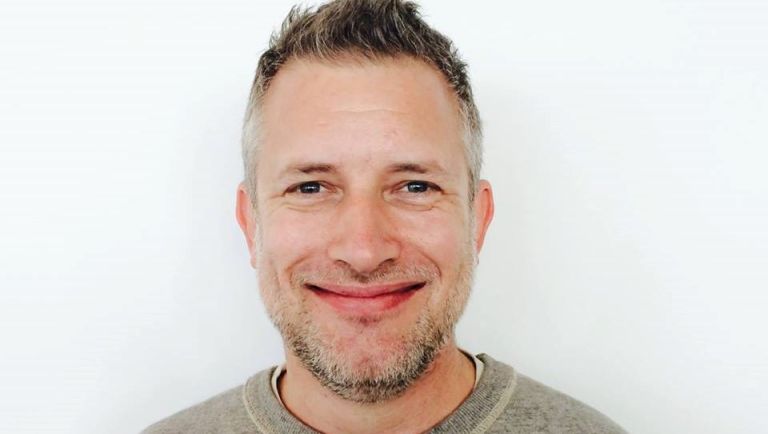 You've loved his work, but you probably didn't know his name. Richard Howarth, Apple's new vice president of Industrial Design, was design lead on some of our favourite products and has been a key part of Apple's design team for nineteen years.

Richard Howarth was “lead on the iPhone from the start,” Jony Ive told the Telegraph, and one of his designs, a design so futuristic that it had to be shelved until manufacturing technology improved enough to make it, would ultimately become the iPhone 4 and 4S. He was intimately involved in the development of the original iPod, he was design lead on the 2006 plastic MacBook and the much-loved titanium Powerbook G4, and according to Tim Cook “he has been a key contributor to the design of each generation of iPhone, Mac, and practically every other Apple product.”

So why haven't more people heard of him?

There are several reasons, and one of them is Steve Jobs. In conjunction with Apple PR chief Katie Cotton, Jobs implemented a policy where Apple barely spoke to the press at all, and to this day Apple people generally keep a very low profile. The combination of Apple's secrecy and Jobs' showmanship meant that the Apple spotlight has long tended to focus on a single person. That person was Jobs, of course, and since his passing the spotlight has moved to Jonathan Ive.

The press likes simple stories, and the idea of Apple as a magical place where products are invented by softly spoken geniuses mumbling about chamfers in dazzlingly bright white rooms is much more fun than the reality, which is that Apple recruited an astonishingly talented design team in the late 1990s. Howarth was one of the first to join, recruited from design firm IDEO by Jonathan Ive in 1996.

Howarth came to IDEO via Sony. His “telepathic fish”, a prototype MiniDisc music player, won him a prestigious RSA award and a cash bursary that he used to help fund a work placement with Sony in Japan. In 2004, Howarth set up his own annual bursary award to help other young designers do the same.

Jonathan Ive was taking a similar path: he used the cash from his own Student Design Awards to travel to California to make the connections that would ultimately lead him to Apple. One of those connections was Robert Brunner, who would go on to hire Ive at Apple, and Ive also visited a design firm called ID Two. That would later become IDEO, Howarth's pre-Apple employer.

Howarth was one of Ive's first hires at Apple, and the Zambian-born English ex-pat Howarth quickly became Jonathan Ive's right-hand man with his name on more than 800 Apple patents. According to the New Yorker, he's “a badass in terms of driving things. He's feared.” However, other insiders say he's quiet and very self-deprecating, prone to introducing brilliant ideas by telling everybody his ideas are crap and that everyone will hate them.

Perhaps that's why he's been described as being “as English as Vimto” by Stephen Fry. Ive certainly rates him. Speaking at the RSA student design awards last year, Ive said that Howarth was “incredibly, absurdly talented… and also a great friend.” The RSA liked him too, praising his “affable yet humble” nature.

Like other Apple executives Howarth doesn't really do social media: his LinkedIn profile, which merely said he was a “designer at Apple”, has just been deleted and with the exception of a profile picture change in March, he hasn't been active on Facebook since 2008. He lives in San Francisco with his wife and two children, and we suspect they talk about design quite a lot:

Mrs Howarth is Victoria Slaker, vice-president of product design at Ammunition Group. Ammunition is famous for its work on Beats headphones, which of course are now owned by Apple, and its boss is the Robert Brunner who hired Jonathan Ive. It's a small world.

Now why not check out our Apple Watch review?