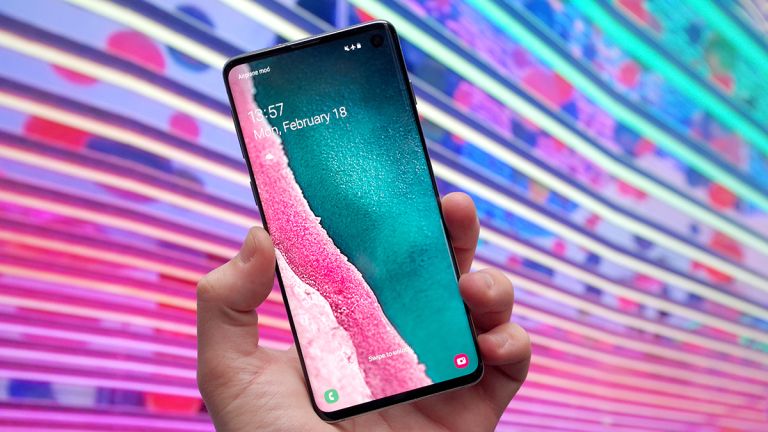 The Samsung Galaxy S10 is, no matter who you ask, widely considered to be one of the best phones ever made, combining killer hardware with Android and Samsung's own skin, adding a variety of functionalities. There's a reason the S10 has sold so many units: it's really, really good. What's also really, really good is the deal EE has on the S10 right now.

When we reviewed the Galaxy S10, there was basically nothing we didn't like. The screen is fantastic, it's super fast, the design is refined, and the camera system is one of the best in class. If those sound like things you care about – and let's be honest, who doesn't care about those things – then the S10 is the smartphone for you.

Samsung Galaxy S10 (128GB, Black) | EE contract | £31 per month | £45 upfront cost with TR30 code | 20GB data | Unlimited calls and texts | 24 months | Available now
The Galaxy S10 is, without a doubt, one of the best phones released in the past five years and the deal before you is a pretty fantastic one, netting the 128GB version in black. That means your phone looks cool and has plenty of space. View Deal

Samsung Galaxy S10 (128GB, White) | EE contract | £31 per month | £45 upfront cost with TR30 code | 20GB data | Unlimited calls and texts | 24 month | Available now
We won't beat around the bush: this is the exact same deal as the one above, except if you want the white version of the phone. We completely understand if you do, too, because it's the version we'd go for.View Deal

Samsung Galaxy S10 (128GB, Green) | EE contract | £31 per month | £45 upfront cost with TR30 code | 20GB data | Unlimited calls and texts | 24 month | Available now
Okay, so there's a bit of a theme emerging: this version of the Galaxy S10 has the exact same details just in green, which is actually a pretty lovely colour option for the phone. View Deal

So, if you're in the market for a new piece of smartphone tech, look no further than this phenomenal deal straight out of EE: oodles of data, a reduced upfront cost when you use the TR30 code, and it's only £31 per month.