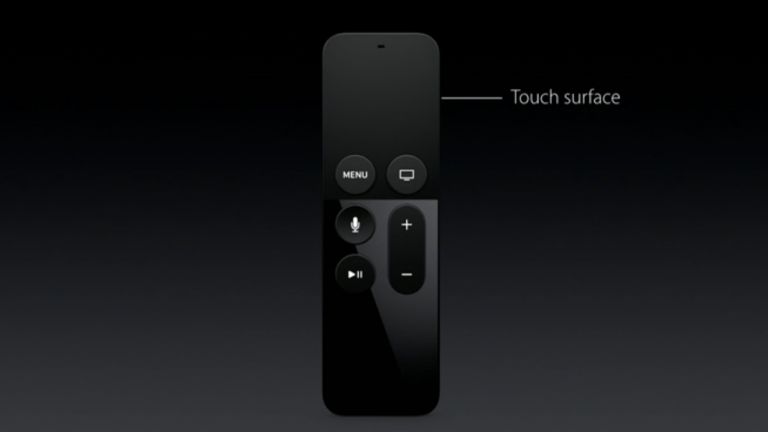 It's all too easy to get caught up in the hype surrounding a new Apple product launch.

First there are the pre-announcement leaks and inevitable grinding of the rumour mill, then there's the pregnant anticipation leading up to the actual announcement event and finally the bombastic launch itself.

A dark San Franciscan auditorium erupts into spontaneous (expected and planned for) whooping applause as the stage is over-shadowed by whatever shiny new box of tech is currently being unveiled, looming over everyone on the enormo-projector screens.

Then a few hours later the lights come up, the spell is dismissed and you're left wandering about with the vague, uneasy feeling that someone's taken advantage of you in a way that you actually kind of asked for.

I'll admit, we've gotten pretty excited about the prospect of a new Apple TV device. But it's more because it's Apple and any new product it puts its minds to redesigning has got to have been worth the effort.

And not because what the world needs now is another media streaming box to lose the remote control for, somewhere down in the discarded skin-filled depths between your sofa cushions.

For all that the Apple faithful have been holding out for a new branded device to take care of their streaming needs, rather than fork out for a Roku 3 or Amazon Fire TV, it all feels like it's a little unnecessary.

And that's reportedly why the Apple TV wasn't unveiled at the WWDC event earlier in the year despite all rumours to the contrary.

Voice search isn't a new thing, and neither really is the vaunted Universal Search feature. Both Amazon Fire TV and the Roku 3 have been rocking those features for a while.

But the question remains as to whether anyone really wants yet another hardware box to go by their TV, another HDMI input to switch to or that extra remote to lose.

Still that remote is rather sexy, with its glass touch area and wizzy Wii-esque motion controllers. The Siri-based voice recognition feature would be great though if you could just ask her where the remote was and she could tell you if you were getting warmer or cooler…

But again, that's taking other people's innovations and dropping it into Apple technology. The Apple TV isn't really innovating - it's miles better than its predecessors, but not really offering anything drastically different than what's already on the market and already in people's homes. What's the drive to upgrade to a new Apple TV?

Sure it's got some seriously slick features, and an app store which should get filled out quickly, but at $199 for the top 64GB model it needs to.

And with TVs getting ever smarter - though you may not think so if you've spent some time with Android TV recently - there's the question of whether you really need another connected box in your life when your TV is capable of doing whatever you need.

If you've taken the plunge and gone head-first into the Ultra HD world of 4K TVs, then your television is likely to be far more capable than the Apple TV is.

You're not going to find the UHD version of Netflix appearing on it, nor Amazon and its (currently limited) HDR offerings either.

But gaming! Apple is looking to gaming to make the Apple TV tick. No other media streamer has got that capability. Right?

Unless you look to Nvidia's SHIELD Tablet, with its powerful hardware, HDMI connection and PC gaming heritage. That's only a little more than the new Apple TV for the 16GB version and that comes with its own screen.

The cross platform gaming between iPad, iPhone and Apple TV is neat, but with a single tablet you jack into your TV that's eminently do-able already.

There's also the SHIELD set top Android TV box, coming to our shores in a few short months. That media streamer has 4K output, serious gaming chops and the ability to stream games either from the cloud or your gaming PC.

Then there's any other Android box or TV you can install the Moonlight game streaming app onto...iOS still doesn't have a Moonlight app.

The new Apple TV then needs Apple's rumoured TV streaming service to really make a name for itself. The idea of being able to actually choose exactly what channels you pay for is seriously appealing in a world where most of us subscribe to pay-TV services with hundreds of channels, half of which we never even see.

The bundling of your favourite channels for online streaming via the Apple TV would be a dream come true for the cable cutters, and if Apple can hammer out the deals with the networks it would provide them another, vital revenue stream when they're losing subscribers on a regular basis.

But the licensing deals are the hold up. And reportedly only in the US so far. That would indicate Apple isn't even thinking outside of the North America yet, meaning the Apple TV in the UK - even if it had announced the streaming service - would still be lacking the most vital component.

So, where does that leave our new Apple TV? Somewhere between Nowhere Junction and Why Bother Parkway.

Jobs called it a hobby and without the TV streaming service - something that would make it a far more vital machine, and maybe worth that seriously high price tag - it's edging towards an irrelevance.

Liked this? Check out all the latest on the iPhone 6S and Apple TV