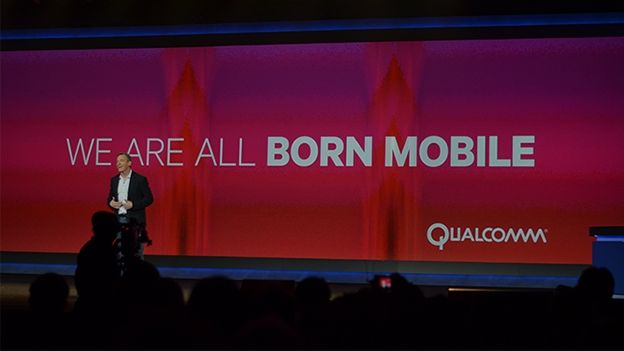 The biggest product launches of CES: Can you remember the gadgets and tech that stole the show from year's gone by? T3 takes a wander down CES memory lane...

The phrase, 'What happens in Vegas, stays in Vegas' need not apply to the Consumer Electronics Show as the world's most pioneering tech manufacturers descend on Vegas, Nevada primed to shout loudly about their latest cutting-edge tech and why you are going to want to spend your money on it.

So what of the must-have gadgets from CES shows gone by that we've tried to pack into our suitcases on the way back home? Here's a look back at our favourite CES launches of all time.

Sony demonstrated a videocassette prototype in October 1969 and then diligently worked on setting up an industry standard with seven fellow manufacturers. In 1971, one year after demonstrating the prototype at CES, Sony unveiled the pioneering U-matic system.

First shown at the 1981 CES, the first camcorders from JVC and Sony required a wheelbarrow to move them. In 1983, Sony released the first consumer camcorder, the Betamovie BMC-100P, which used Betamax cassettes, while JVC showed off the first camcorder to use the VHS-C format.

In 1975, Atari's home version of Pong was unleashed at CES. Atari's 2600 console subsequently changed the face of gaming forever but it was with the CES unveiling of the eight-bit Commodore 64 in 1982 that things got really interesting. With over 10,000 software titles created for it, the C64 was the true dawn of mass-market gaming. Commodore's Amiga (1984) and Nintendo's world-conquering NES (1985) also subsequently debuted at CES.

In 1998 the star of CES was the television. Sony, Zenith, Thomson, Panasonic and Philips all showcased HDTV sets, with most being large rear-projection units spanning over 50 inches.

During Bill Gates' unveiling of the Xbox in his 2001 keynote speech, wrestler and actor The Rock made an appearance in support of the console, modestly saying: “Both The Rock and Bill Gates are on top of their industries.” The Xbox went on to sell millions; The Rock went on to star in Fast and Furious 5. Wins all round then...

Providing a way to get HD movies on your expensive HD-ready TV, Blu-ray discs were unveiled at CES 2004. A short but brutal format war raged between this and the rival HD-DVD format until CES 2008, where Warners announced its exclusive love for Blu-ray, thereby stabbing HD-DVD in the heart and lungs.

These days you can't move around CES's trade floors without bumping into a ridiculously big television. The trend began in 2005 when Samsung showed off a 102-inch monster plasma.

Want to watch Avatar, Cloudy with Meatballs and erm, Avatar Limited edition in your living room? Where Sony goes the rest will follow, as all of the major TV manufacturers jumped aboard the 3D TV bandwagon, forgetting the small matter that people might find wearing glasses mildly annoying and that there wasn't really much to watch in the way of content either.

So Polaroid needed people to start buying its kit again and decided what better way to do that than to rope in a multi-million selling, meat dress-wearing pop star to create a pair of sunglasses that can take photos? Other notable celebrity endorsed kit included headphones from Ludacris and 50 Cent, and the I Am T-Pain microphone. You see what you've done Dr Dre?

There was one thing that stuck out more than anything during CES 2013, and the was Qualcomm's crazy, ridiculous, bonkers 'Born Mobile' event. Highlights of the event included the endless use of the phrase, 'Born Mobile', Steve Balmer making meme history and bounding on stage, Big Bird demoing an app and an appearance from Desmond Tutu.

While they were around during CES 2013, wearables hit the big time the year after, completely taking over the show floor. We saw fitness bands from LG, Sony, Razer and loads more that were all meant to make us feel better, get fitter and live healthier. Other show highlights included the birth of the Steam Machine, Playstation Now and Michael Bay bumbling his words during a Samsung keynote cameo.