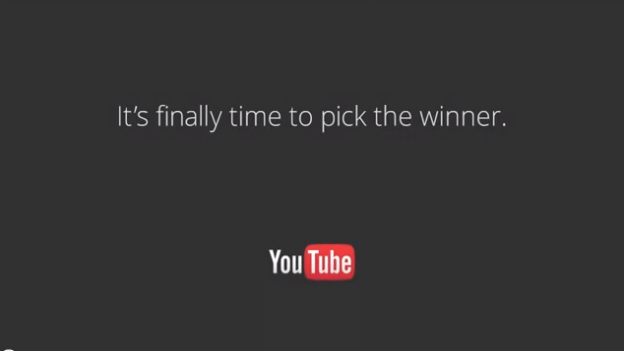 YouTube has announced in a new video that the past eight years has been a competition and they will be shutting down the website on April 1 to decide the winner of the best video of all time.

Just in time for April Fool's Day, YouTube have posted a video on the site saying, 'it's finally time to pick the winner.'

The video is full of YouTube stars with 'David After Dentist', iJustine and Charlie Bit My Finger all participating in the joke.

YouTube CEO, Salar Kamangar says in the video, "We started YouTube in 2005 as a contest with a simple goal, to find the best video in the world."

Tim Liston, taglined as 'Competiton Director' claims 30,000 technicians will work to look through all the 'submissions' on the site over the past eight years and choose the winner.

The prize; a MP3 player that 'clips to your sleeve' and $500 stipend for your next creative endeavour.

The site says it will shut down at midnight, accepting no more submissions and will relaunch in 2023 - featuring only the winner's content.

A livestream has currently been set up said to be announcing all the nominees for 12 hours every day over the next two years. To see it click here.

Last year Google attempted to convince the world that all the YouTube videos every uploaded could be bought on DVD called the 'YouTube Collection.' Here's a round-up of the best viral videos from April Fool's Day 2012.

Watch the full video below.