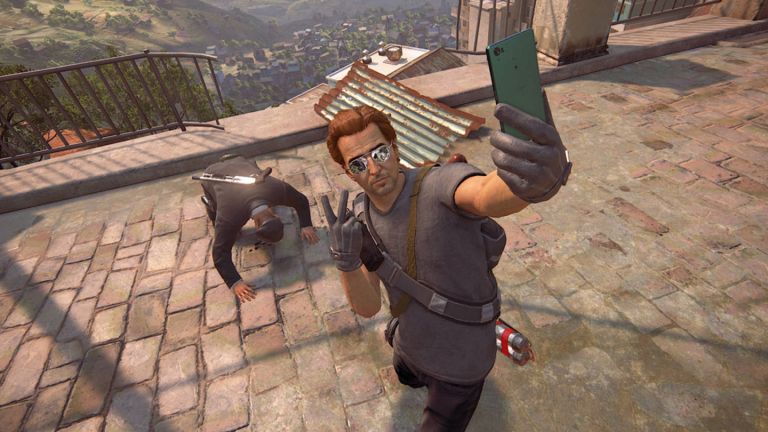 Have you ever wanted to gloat over your victims bodies with a selfie? Uncharted 4's new multiplayer beta mode allows you to do so, but we've just spotted that the phone you use is Sony's Xperia Z5.

When you're playing the game you can press up on the PS4 controller to taunt your victims – and one of the options is the selfie taunt.No matter who you play as in the game, you'll put out a green phone from your pocket that looks exactly like the Sony Xperia Z5.

It includes the same frosted back as the new flagship phone with the Sony logo on the back and an NFC logo above it.Then there's the camera on the right hand top corner and the metal edges of the Xperia Z5 are quite clear as well.

We assume it's all because Naughty Dog's new title is a Sony PlayStation 4 exclusive, but it would have been better to see the developer include a generic phone instead.

Now all that's left to be seen is whether Nathan Drake himself has sold out in the story mode of the game. A smartphone is certainly the gadget Drake needs when raiding all of those tombs.