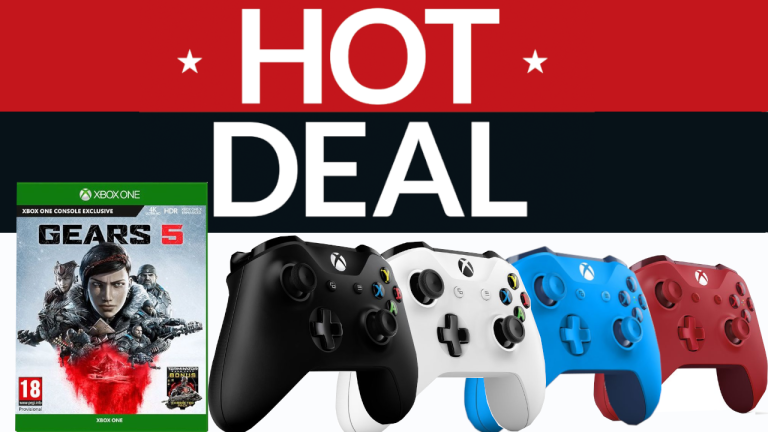 Fancy treating yourself to a brand new Xbox One Wireless Controller in one of four snazzy colours? Got your eye on the newly released, platform exclusive Gears of War 5? If so, then we feel it is definitely worth giving this bundle a gander.

Currys PC World is currently offering co-op third-person shooter and Xbox exclusive title Gears of War 5, plus a wireless Xbox One controller in black, white, blue, or red for £25 off - that's a sweet 27% discount. With support for up to three player co-op, and two-player split-screen local co-op, of you were looking for an excuse to refresh your controller collection, this is it.

The great thing about the Xbox One Wireless Controller is that its range is double that of the older console's controller, and thanks to the Bluetooth connectivity, you can use it with your PC and any Windows tablet to boot, as well as your Xbox console.

And, as for Gears of War 5, that is the latest and most visually spectacular installment of the epic, action-packed, third-person cover shooter series. The game has been well received across video game industry titles and currently has a 91% approved rating by Google users.