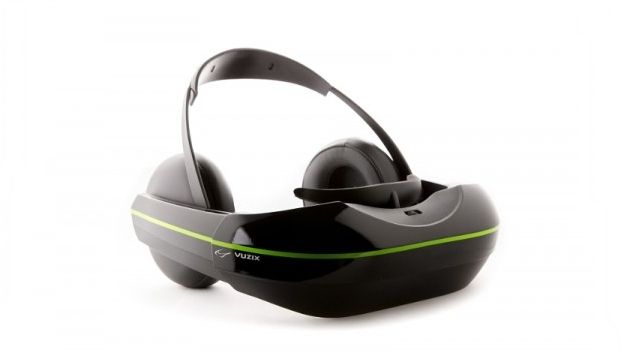 Vuzix has built plenty of tech for our eyeballs over the years, but this is it's first foray into VR, and it's designed to handle anything virtual, from films to games...

Add Vuzix to the long list of manufacturers who want a piece of the VR pie. Sony, Microsoft, Facebook and HTC have all recently announced virtual reality projects, and with Vuzix part-owned by Intel, another big player has jumped into the ring.

The IWear 720 is worth highlighting for a couple of reasons though. Firstly, Vuzix has actually built the headphones into the device - a godsend as far as we're concerned, provided they're decent quality of course. We understand people have their own preferences in terms of headphones, but when you're providing a headset that is supposed to be totally immersive, it seems a no-brainer that you should incorporate audio as well as video.

Secondly, Vuzix is the latest of many to opt into Razer's OSVR program - a group of partners dedicated to developing an open source virtual reality platform. This brings the total up to around 50 partners in total, a pretty significant number that makes OSVR a worthy force in the VR rat race.

That means it'll play nicely with any consoles, TVs or PCs, theoretically.

The IWear 720 itself offers a 130-inch display at a resolution of 1280 x 720. That's 720p, basically, which comes in slightly below the 960p res of the latest Oculus Rift. It's not the heftiest specs-wise, but support for OSVR, along with support for both Unity 3D and Unreal game engines could make Vuzix offering a worthy all rounder.