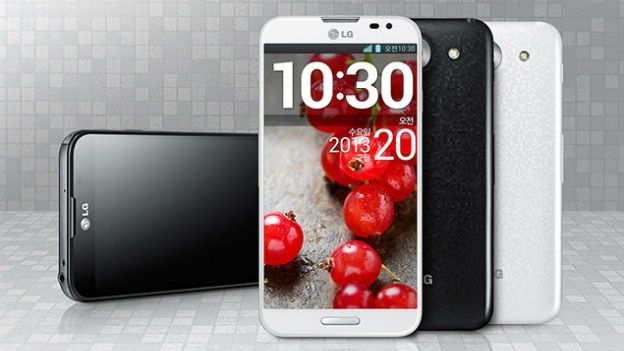 The LG Optimus G Pro is unlikely to launch in the UK after bosses said they were waiting for 4G networks to show their hands.

LG is set to begin rolling out its latest smartphone to 40 countries around the world this week.

The LG Optimus G Pro will first launch in Italy, followed by the rest of Europe, Latin America, CIS and the Middle East.

However, concerns over the maturity of the UK's 4G network have prompted local bosses to consider not launching the phone here.

Speaking to T3's sister site TechRadar in February, UK product manager Shawn Musgrave said that the company would not be launching the Optimus G Pro, Optimus F7 or Optimus F5 in the UK until 4G operators detailed their plans.

Only Everything Everywhere currently runs a live 4G network in the UK.

Vodafone, Three, O2 and BT all bought 4G spectrum in the recent auctions. However, the companies have also been extremely coy about their plans.

With no clear launch date for 4G services by the other four major networks, it is likely that LG may choose to not launch the LG Optimus Pro G in the UK – especially with the LG Optimus G2 expected to be announced on August 7th.

A number of UK media outlets have been invited to the event, suggesting that the company plans a launch of the device here before the end of the year.