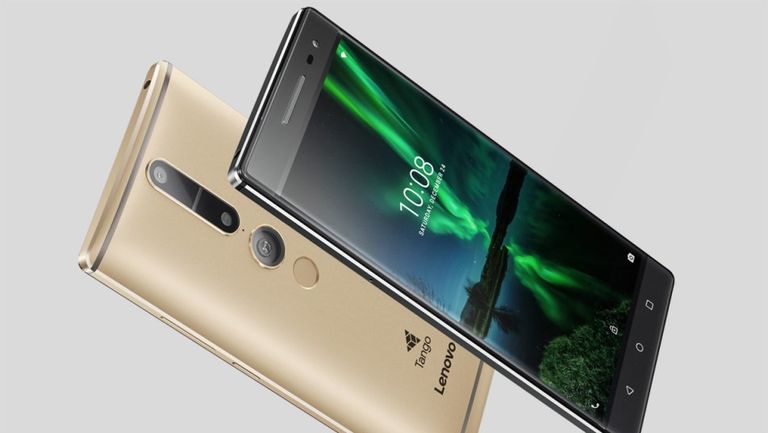 Whenever you try to do a first, especially in the ever-changing landscape of smartphones, you'd better be sure you set the bar when you do. That's what Chinese tech giant Lenovo is hoping to pull off with its new Phab2 Pro device - the very first smartphone to be running on Google's AR software, Tango.

T3's best tech deals: grab one of our daily offers including Alienware 13 R2 gaming laptop for £895

So how does Tango work? Instead of a basic Android OS, Tango uses a sophisticated series of sensors to essentially map out the world around it and recreate it in AR - the idea is you can play games or use navigation apps on your screen, with every 3D element rendered in the room or area you're currently inhabiting. There aren't a huge amount of apps for the Google-developed software yet, but that's to change in the near future.

As a smartphone, the Phab2 Pro is huge. This is definitely a phone for those who prefer a Samsung Galaxy S7 or an iPhone 6S Plus with its 6.4-inch screen and pleasing metal finish. It might be too big for some, but Lenovo has clearly taken the time to keep the components in the Phab2 Pro premium and reliable.

That huge display has to live up to the real estate, so Lenovo has ensured it's Quad HD quality with a plucky Snapdragon 652 to keep all those apps and Tango bits and bobs running smoothly. And with all that size, you've got a perfect device for streaming content or browsing your photos.

“Put simply, we wanted to take what was an amazing concept and transform it into a commercially viable mobile device,” comments Jeff Meredith, vice president and general manager of Android and Chrome Computing, Lenovo. “From the moment we saw Tango, we knew it could become pervasive, just like GPS. However, to truly make the PHAB2 Pro a game-changer, we developed it at an affordable price for mainstream consumers, delivering not just a bleeding-edge phone, but an all-around fantastic phone that's first to market.”

Lenovo also showed off two brand new devices - a bendable smartphone that can wrap around you wrist like a fully interactive wristband, and a tablet that can fold in half so you can take calls. Both are still in the prototype stage, so don't expect to see them anytime soon, but they certainly turned heads when they were shown off at Lenovo Tech World keynote.

Why not check out: New Moto Z is 'the world's thinnest premium smartphone' - here's the lowdown