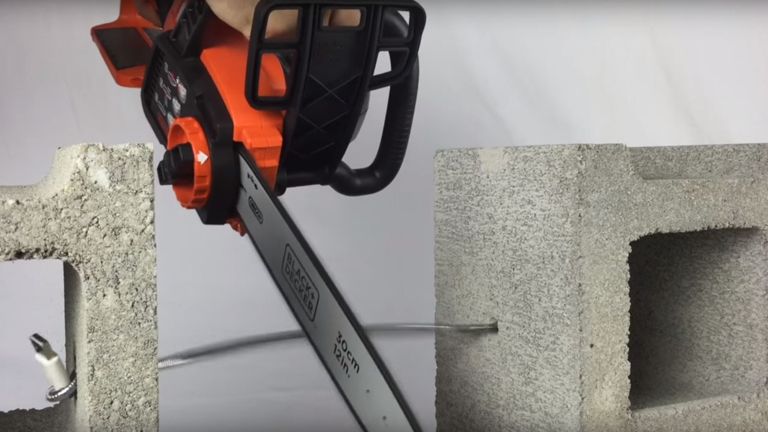 Just when you thought you'd seen it all with the magical LMcable, which works with both Apple and Android devices, along comes the Titan from [Fuse]Chicken.

The Titan, which comes in twovarieties, one for Apple and one for Android, is basically indestructable. With its makers boasting its credentials as the 'toughest cable on Earth', after watching its reveal video its not hard to agree with them, as the Titan gets some severe punishment and walks away completely unscathed.

And we're not just talking a vigorous bending either, the Titan is smashed with sledgehammers, attacked with chainsaws and chewed on by dogs. It seems quite remarkable really.

The reason it can take such punishment is that it is an industrial-grade cable which is wrapped in two layers of flexible, high-strength steel, and its connectors are permanently sealed in a one-piece housing fused directly over the electronics and metal cabling.

Anyway, enough talk. Check out the video below and be amazed.

We're expecting a Titan cable here at T3 Towers soon, so as soon as we've had chance to take a look at it, a review will be forthcoming. For more information about the Titan cable then check out its official website now.