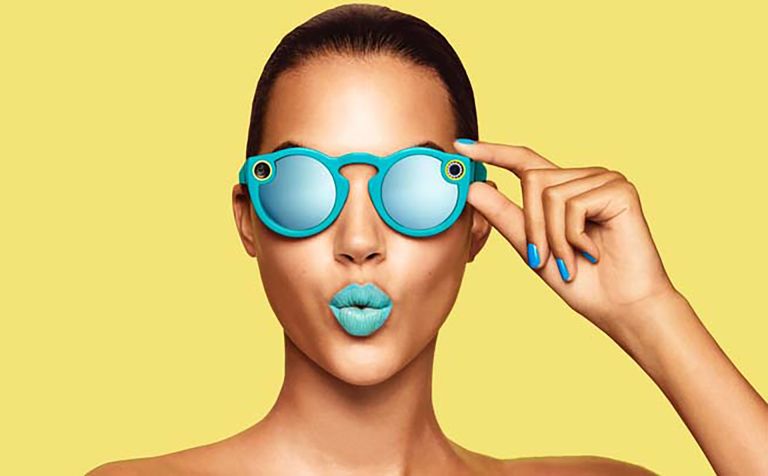 This week we have an instant camera from Leica, the biggest phone release this year, and much more...

Quite possibly the best drone created yet. This handheld flier folds down to be transported easily, flies itself following a subject and has a range of 4.3 miles. The DJI Mavic Pro can hit 40mph, lasts 27-minutes on a charge and can record video in 4K.

The Mavic will set you back $999, about £770, but with intelligent obstacle avoidance smarts it should keep itself safe so you won't need to shell out for a new one after flying into a tree.

If this were announced on 1 April we'd think nothing of it, but these camera-toting social media specs are for real. Snapchat has announced the Spectacles will capture 10-seconds of video footage every time the wearer taps a button on the hinge, ready to share.

These are due out in Autumn for $130, about £100, and will be limited in number so move fast if you want to get even more Snapchat obsessed.

The most major overhaul of the Land Rover Discovery since its arrival 27 years ago is here. Outside is more aerodynamic and features smart air suspension that moves up and down to avoid water or save on fuel. Inside entertainment is top notch with 3G Wi-Fi, nine USB ports, four 12V sockets and even hidden compartments for tablets and phones. And the best bit? The rear two rows of seats can be controlled to move up or go flat from an app, anywhere on the planet.

The Land Rover Discovery will start at just over £43,000 and can be pre-ordered now.

The latest handset from Chinese smartphone manufacturer Xiaomi stands out as it's the first of its kind to use an ultrasonic fingerprint reader. The Xiaomi Mi5s uses this sensor so that it can be placed under the front glass face of the phone for a seamless finish.

GoPro has announced its first drone with GoPro camera support, dubbed Karma. This uses a new gimbal which works as a handheld on the ground for smooth video on the move. The drone folds down into a carry bag so it can be worn and moved about anywhere easily plus there's a dedicated controller with screen for flying ease.

Revealed at the Paris Motor Show, the new Porsche Panamera 4 E-Hybrid gives petrol-electric cars a great new entrant in the category. The 455hp beast has an electric only range of 31 miles before the 2.9-litre V6 engine even kicks in meaning a claimed fuel economy of 113mpg. Various driving modes allow you to either have the car charge while driving, run on electric alone or let the car decide the power source.

The Porsche Panamera 4 E-Hybrid is expected to become available from April 2017.

Yes a chair has made it into the hallowed T3 Hype section this week. Why? Not because it's £20,000 but thanks to its ability to make you feel like you in zero gravity or floating in water thnks to perfectly places hinges and balancers.

Snap one up from the Bang & Olufsen showroom in London's Knightsbridge if you've got the spare cash lying about and fancy feel what space might be like.