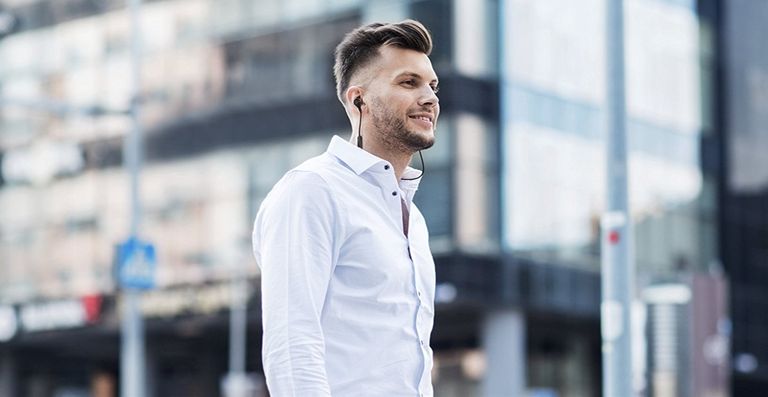 Optoma prepares to launch its weather-resistant, wireless in-ear headphones for less than £50

Optoma is preparing to launch one its most versatile - and most affordable - in-ear headphones, the NuForce BE2. For only £49.99 you're getting incredible sound, and a tough design, all in the same wireless package.

For optimal fit and comfort, the BE2 features an angled design and includes a wrap-around neckband and multiple sets of ear tips. The BE2 also includes patented SpinFit TwinBlade ear tips designed for superior stability and improved noise isolation.

Add in a rating of IPX5 (making the BE2 in-ear headphones properly weather resistant) and you've got some wireless earphones that'll protect you from rain and sweat. The Optoma NuForce BE2 will be available from September.

Toyota has signed on as the official sponser for the Energy Observer, a marine vessel that aims to become the first to produce its own hydrogen fuel while at sea and in harbour. The ship will act as a floating smart grid system, drawing power directly from nature in the form of solar, wind and wave energy.

The experimental science vessel has embarked on a six-year journey that will see it visiting 101 ports in 50 different countries. The project is supported by Toyota France, which has provided the team with two Mirai fuel cell saloons and six Toyota hybrid cars.

According to Audi, listening to music becomes a sensory experience in the new Audi A8. A bold claim, indeed, but with a brand new Bang & Olufsen Advanced Sound System fitted inside, it's now possible to bring the unique acoustic character of pure 3D sound to the rear seats.

So that's Audi 3D sound for the first time in the rear of the fourth-generation luxury sedan. There's a total of 23 loudspeakers, including four for the spatial dimension of height. The entire setup as been designed and tested in close cooperation with Bang & Olufsen and Fraunhofer Institute, so you know Audi has done more than just fit a fancy set of speakers in one its luxury motors.

For more info on Audi's ongoing partnership with B&O, check out their official site.