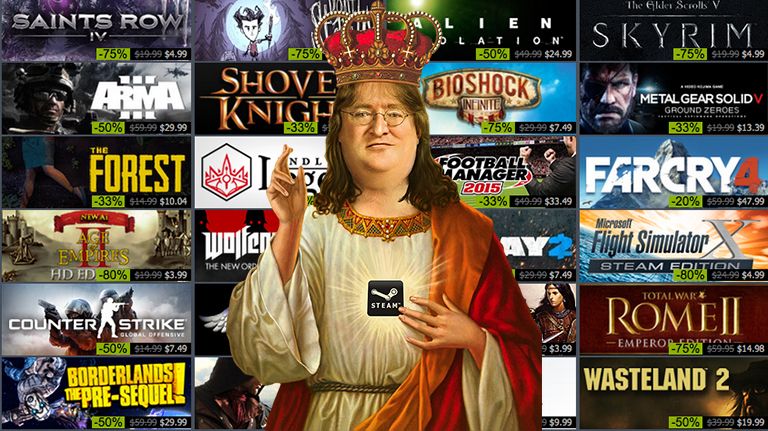 The Steam Summer Sale 2018 is starting today, with huge deals on PC games beginning to drop at 6pm UK time on June 21.

Each year the Steam Summer Sale, alongside the Steam Winter Sale, famously drops the biggest game discounts for PC gamers, with titles right up to the quality of the incoming Fallout 76 and Cyberpunk 2077 reduced in price.

We're excited for this year's Steam Summer Sale as rumour has it that it is going to be the biggest one ever, with prices across each gaming genre slashed massively.

A fat discount on Pillars of Eternity II: Deadfire of 40 per cent would also see the excellent RPG plummet to just £19.99.

With hype at maximum levels following a super game-packed edition of E3 2018, where futuristic open world dystopias stole the show, we're expecting to see Fallout 4 with all DLC included at a low price point, and the fabulous Deus Ex: Mankind Divided slashed in price, too.

Naturally, as gamers ourselves, T3 will be monitoring the Steam Summer Sale 2018 closely, so be sure to check back for a heads-up on the best deals.