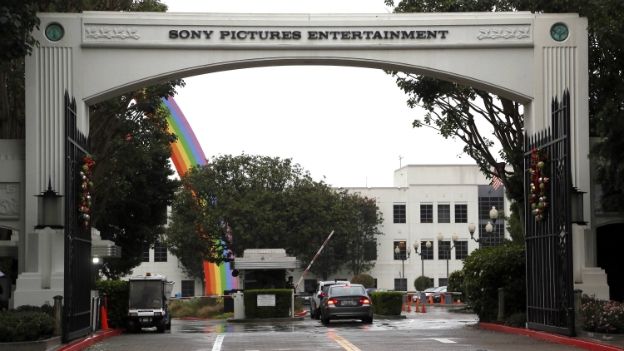 A bad day at the office has evolved into cyber warfare over at Sony Pictures Entertainment.

Last month's hack continues to cause embarrassment for the studio, with the hackers releasing thousands of company passwords that was reportedly saved in a folder named Password.

Revealed in 139 leaked documents, the passwords are for social media accounts, internal computers and website accounts. Ironically none of it was password-protected, bad luck Sony.

In what is turning out to be one of the most embarrassing corporate hacks in history, it appears that the files include the social security numbers of 47,000 people including Sylvester Stallone, Judd Apatow and Rebel Wilson.

A group called the Guardians of Peace have taken credit for the data breach, with rumours suggesting that it originated from North Korea.

Many believe the nation made the attack in response to upcoming Sony Pictures film The Interview, which features two journalists recruited to assassinate Kim Jong-un.

The film was vehemently denounced by the North Korean government, but a Pyongyang diplomat has denied the country's involvement.