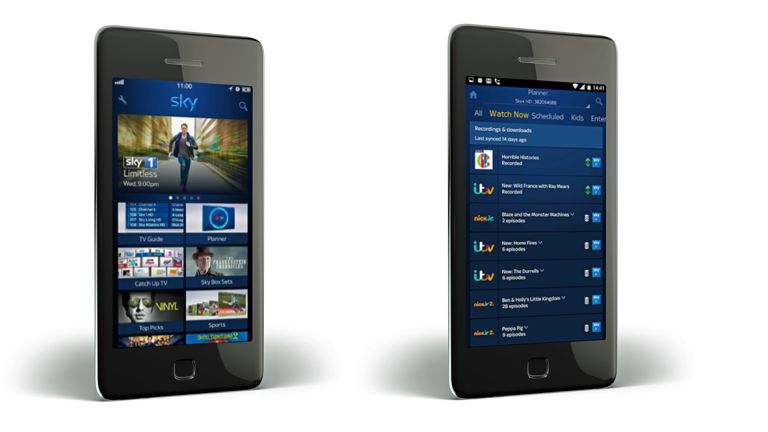 Sky Mobile has launched, so here are a bunch of reasons why you may well want to shift across to the new network, especially if you're already a Sky customer.

1. You can roll over your unused data

…And not just for use the following month. If you're one of those people who has a data plan with too much data on it, this is the tariff you've been waiting for.

All those unused gigabytes can be stored in a 'piggy bank' and used at any point in the next three years. Interestingly, with Sky Mobile's family plan, that also means you can gift it to your spouse, same sex partner, flatmates or children.

The pricing is on the cheap side. There are lower-priced deals around, but given what Sky throws in on top of the headline costs, it's very competitive. It's also simple, and it's based on data, which, let's face it, is the key factor for most of us.

All plans are on 12-month contracts, and you can purchase additional data for a slightly distressing £10 per GB.

Roaming charges we assume will be in line with the usual O2 piggyback charges, ie: perfectly acceptable in Europe, at least until Brexit, and fairly horrific outside of it.

True, most of us no longer text anyone, using Whatsapp, iMessage, Facebook Messenger and the like instead. And making calls is about the 19th most popular thing to do with a phone, somewhere behind Pokémon Go, checking the weather, and sexting.

Nonetheless, free texts and calls to everyone, forever, is a good incentive.

Well, actually it's up to £600 worth of texts and calls per year. But even so, a strong deal.

Sky TV customers get this benefit for nowt, while non-Sky customers can have it for £10 per month on top of the usual charges, if they wish, or pay 10p per minute and 10p per text.

3. It lets you watch anything on your Sky box, anywhere

With the new Sky Go+ app bundled with Sky Mobile, you can create playlists of your favourite shows from your front room Sky+ box and either download them to your phone via Wi-Fi or stream them over Wi-Fi or 4G.

This service is also available to Sky customers who don't have Sky Mobile, but it'll cost you a fiver a month.

The service – which Sky is calling Sync – is specifically targeted at Apple and Samsung handsets for the time being, although theoretically other Android handsets could be unofficially supported.

4. It's easy to switch plans

Feeling like you won't be in a very data intensive mood next month? Switch down to the £10 plan.

Planning to attend your daughter's wedding with only your mobile for a camera?  You can switch to the £20, 5GB plan.

No, you can't move between plans within any given month, because obviously you can't.

5. It will lead to Sky owning everything

Okay, so putting on my Business Insider, "I know what I'm talking about" hat for a moment…

Sky Mobile is piggy backing on O2 for the time being, but it seems inevitable that Sky will at some point in the future start using its own network.

By offering free calls and texts to Sky users, Sky Mobile will surely grab a decent chunk of the mobile market, whilst drawing a healthy number of punters to its TV service.

Although for now Sky Mobile is SIM-only, it will start selling handsets next year, with the concentration being on Apple and Samsung.

This mirrors what BT/EE has done with its TV/broadband/mobile bundles, and I feel this could easily lead to the consumer mobile market being almost totally dominated by BT and Sky within a decade.