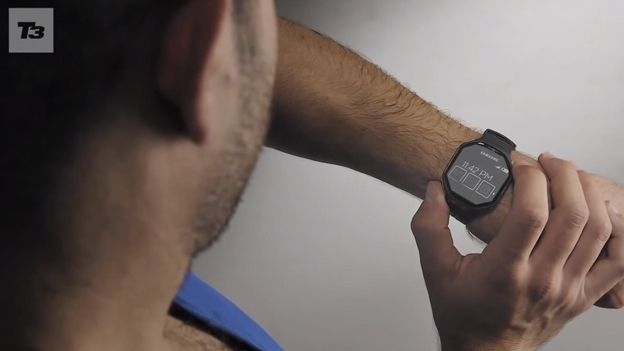 The trademark filing was found by Android fan site, Phandroid, along with a large description of the device including software components and its capabilities

Samsung haven't released any official information regarding the device however in May Executive Vice-President Lee Young Hee confirmed the rumours were true. He said: “We are working very hard to get ready for it. We are preparing products for the future, and the watch is definitely one of them.”

One of the trademark descriptions that were discovered reveal the name being used for wristwatches, bracelets and wristbands that communicate with phones or computers using the internet.

However it's uncertain yet whether Samsung will just make the Gear an accessory that works alongside your mobile or a new media device entirely with properties equivalent to the smartphone.

Meanwhile Apple, Sony and Google have similar plans with their own smartwatches on the way. Apple recently filed for the 'iWatch' trademark in Japan, Mexico and Taiwan whilst Sony's SmartWatch 2 boasts NFC and Android capabilities.

Google is also creating his own smartwatch based on the Android operating system. Details were reported in June of Google filing U.S. patent application last year for a device that would include a wristband, base, and a "flip-up" portion that included a display that could be viewed whether it was open or closed.

So far nothing is concrete but we know smartwatch's are inevitably coming with the titans of technology fighting for a stake in the market – Would you wear one? Let us know the in the comments box below.