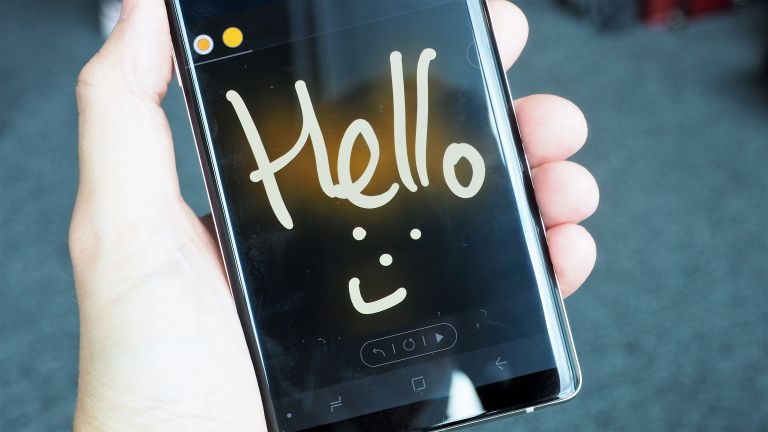 What's more, information about the new Note's current status has started leaking, with a particularly interesting leak pointing towards a fingerprint reader that's housed in the display.

Interestingly, this information confirming the testing period comes at the same time as rumours about what the Note 9 is trying to deliver this year. One of those rumours is that the Note 9 will get an in-screen optical fingerprint sensor. That's something that up until this point has been elusive on smartphones but Twitter user Ice Universe says it's being tested on the Note 9.

Galaxy Note9 The optical fingerprint of the screen is still under intensive testing.March 3, 2018

This information comes after rumours earlier this year that stated that Samsung is looking to bring out a foldable smartphone, the Samsung Galaxy X, at the end of this year or early in 2019.

If this foldable phone does exist, then it would make sense for it, too, to utilise a fingerprint sensor located beneath its screen.

We know that in-display fingerprint reading technology is out there: our friends at TechRadar checked out a prototype example in January and another example at Mobile World Congress this year.

We loved the Samsung Galaxy Note 8 in our review, calling it 2017's "best phone for getting stuff done." There's no doubting, though, that an upgraded version in the form of a Galaxy Note 9 packing an in-display fingerprint sensor, as well as Samsung's new dual-aperture camera system, AR Emoji and upgraded Bixby smart AI assistant would be a very, very tantalising proposition.