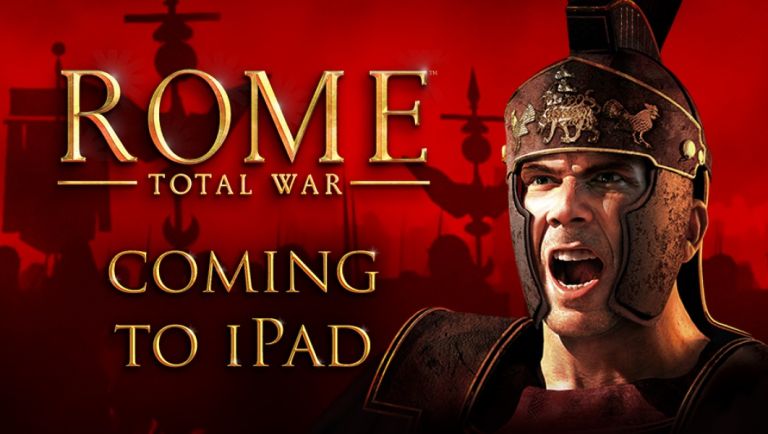 Has anybody checked to see developer The Creative Assembly is actually a secret haven for Hogwarts students? Because there has to be a reason for all the videogame magic the Horsham-based studio keeps conjuring. A good Alien game in the form of Alien: Isolation? A brilliant Warhammer RTS in Warhamer: Total War? And now an iPad version of its 2004 classic, Rome: Total War? We need a sit down.

This isn't some paltry, stripped out version of the real-time strategy superstar either - this is the full fat, calorific version of the game that debuted on PCs 12 years ago. Now, instead controlling the armies of the Roman Empire with a mouse and keyboard in your parents' study, you can now relax on the sofa and wage wonderful war with touchscreen gestures. We need to sit down again.

The developer describes it as Rome: Total War, "without compromise," and when it comes to features we're not inclined to disagree. The full campaign is in there, with 11 playable factions to choose from and the ability to support thousands of on-screen units thanks to an, "upgraded graphics that take advantage of the iPad's high-resolution Retina screen."

So basically magic then. The bit that leaves us a little skeptical is how the fairly complicated nature of the original version's controls will translate to a touchscreen. RTS games can smetimes be a little clumsy, so we're hoping that wizard's touch can work wonders when it arrives on iPad later in the year.

Why not check out: Looks like the Nintendo NX really will have detachable controllers