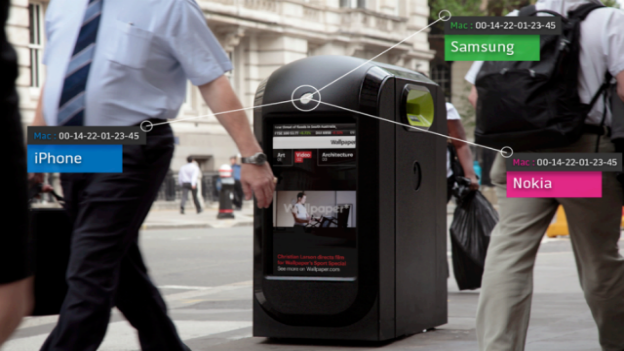 Revealed in a report by Quartz, 12 recycling bins in London have been revealed to have the ability to track unsuspecting passers-by through their smartphones or other devices.

According to Renew, who tested the bins this summer, over a million unique devices were picked up just in the first month.

The bins pick up nearby smartphones or other devices MAC addresses, a unique identification number, but while this number is unique it does not reveal a person's name or address.

CEO of Renew, Kaveh Memari, told Quartz, "From our point of view, it's open to everybody, everyone can buy that data. London is the most heavily surveillanced city in the world... As long as we don't add a name and home address, it's legal."

These bins can be avoided as they will only track you if you have Wi-Fi turned on on your device(s), but Memari says around 80% of people in London leave Wi-Fi on when leaving their home/office.

Memari's aim for the tracking devices would be to sell to places such as bars to help them determine a visitor's habits.

The bins could target specific users with adverts depending on locations they have been tracked visiting etc.