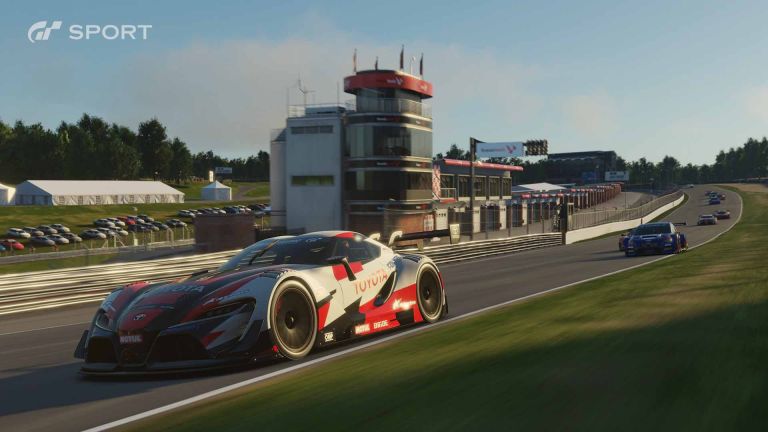 We all know that Sony's upcoming PS5 console is going to be a powerful machine, and along with Microsoft's Xbox Series X will offer a silky smooth resolution of 8K. Current-gen consoles are only capable of 4K.

But the issue of frame rate is more important to some gamers and devs alike, and if you take into account that being able to tell the difference between 4K and 8K very much depends on the size of your TV and how far away you usually sit from it. Not to mention that to truly benefit, you need 8K content.

One such dev is Gran Turismo's Kazunori Yamauchi, who has suggested that next gen consoles game could see frame rates of up to 240 fps (frames per second).

"I think, display resolution-wise, 4K is enough... I’m more interested in the advancements we can make in terms of the time resolution. In terms of frames per second, rather than staying at 60 fps, I’m more interested in raising it to 120 fps or even 240 fps. I think that’s what’s going to be changing the experience from here on forward,” he said.

Most games run at 60 fps on current gen consoles, so it's a huge leap to go from that to 120 fps. A faster frame rate makes for a smoother gameplay experience and can also improve a player's performance.

Whether Yamauchi's team is experimenting with higher framerates, or he's speculating on the capabilities of the machine is unclear. He obviously thinks higher framerates are the way forward, and judges it to be far more important than resolution. It may also be more noticeable than a higher resolution and have a benefit for gamers.

You'll need an 8K TV if you're thinking of future-proofing your entertainment system and want make the most of your new console, check out T3's list of the best 8K TVs.