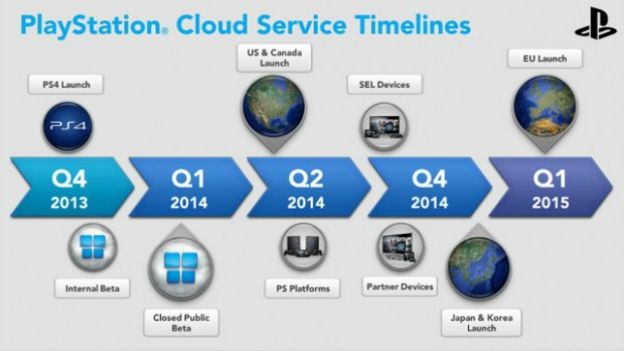 Gamers in the EU including the UK will have to wait for at least a year before they can indulge the vast library of content on PlayStation Now.

According to a slide from an official PlayStation Now presentation, obtained by Eurogamer, the new streaming service will be launched in Europe in the first quarter of 2015.

Unveiled at CES 2014, PlayStation Now brings its vast library of PlayStation and PSP games to the cloud that can then be streamed and played on any compatible device.

SEL devices, including Bravia TVs will also be compatible in the fourth quarter of 2014, followed by unknown “partner devices” before the year's end.

PlayStation Now will be launched in Japan and South Korea near the end of 2014 or early 2015.

“Europe has the longest wait of all, with PlayStation Now set to arrive in the first quarter of 2015 according to our sources”, notes Eurogamer.

Gamers can either purchase individual titles at a time or sign up for a PlayStation Now subscription.