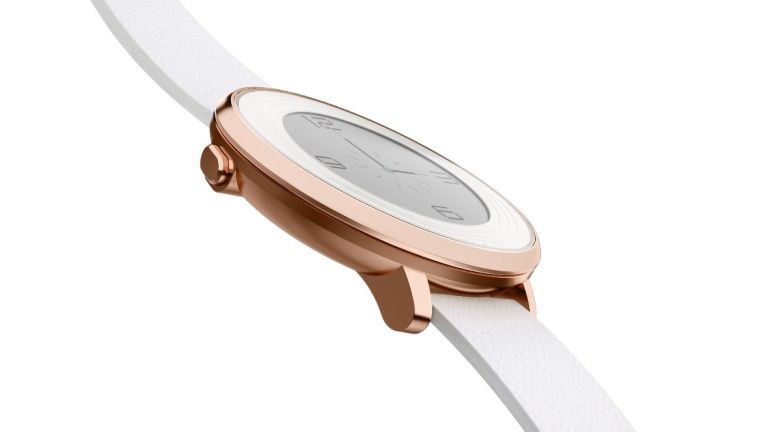 It's time to tear off that LG Watch Urbane, kick your Moto 360 to the kerb and chuck your Apple Watch in the trash. Now say hello to the world's thinnest, lightest smartwatch.

The Pebble Time Round is the latest wrist wearable out of the California company, with a stylish new design and a circular display making it rather more fashion friendly then its squared off predecessors.

It retains the colour e-Ink display, only this time it's round, and it'll work with both iOS and Android thanks to Pebble's own custom operating system and accompanying mobile apps.

The big talking point is the design though, with the Pebble Time Round sporting an incredibly slender 7.5mm frame, available in black, silver and rose gold. Considering its Apple, LG and Motorola rivals are all in excessive of 10mm that's quite a difference. It's also lightweight too at 28g.

Doesn't matter if you're thick or thin

Those with smaller wrists will be able to opt for a smaller 14mm band, while a 20mm band is available to those with chunkier forearms.

The battery is quoted to last two days on a single charge, while a 15 minute charge will see it power up enough to go for one day.

You can reserve yourself a Pebble Time Round right now from Pebble's site with prices starting at £229, but it won't actually ship to the UK until 2016.

By that time it may no longer hold its 'thinnest and lightest' crown, but we'll have to wait and see.