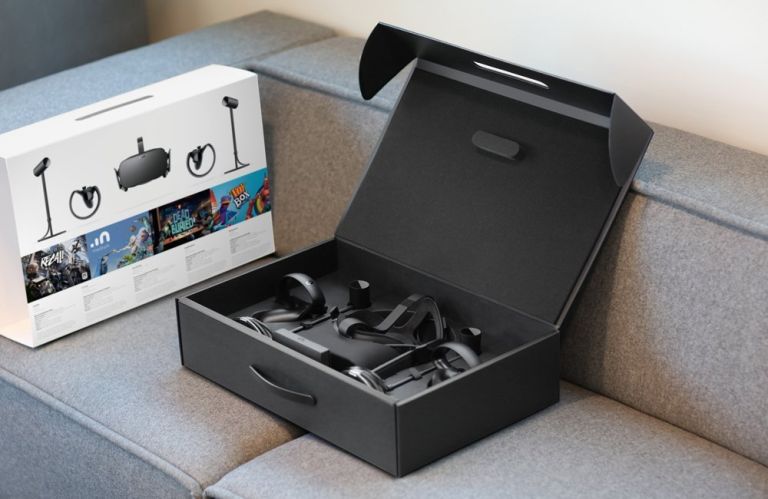 When Oculus Rift dropped in price to just £399 earlier in the year we were massively enthused here at T3.com. The sub-£400 price point finally made the Rift a reasonable proposition for most tech enthusiasts - with the bundled pack coming with the headset itself, two sensors, the Oculus Touch controllers and six titles out of the box - and it did so right on the cusp of the Rift's library being fleshed out enough to mean that users had a solid choice of à la carte experiences to pick from too.

Well, Oculus has just gone and dropped that price point by a further £30 right down to £369 in a limited-time pre-Christmas deal on Oculus' own website.

But wait, there's more! That's because Amazon has - somehow - gone and discounted the deal on the Oculus website by a further £20, meaning that for a limited time the Oculus Rift and Touch Controllers Bundle is just £349.

The deal, which runs until 11.59pm (PT) on December 20 - so that's roughly 48 hours from now - of course is dependent on stock, so as ever with these deals you need to move sooner rather than later to pick one up at this discounted price point. Also, from our experience here at T3 Towers tracking deals like this through Black Friday, Amazon tends to have a far more limited stock of products than the makers themselves, so if you want the full double discount then we suggest you hit up Amazon lickety-split.