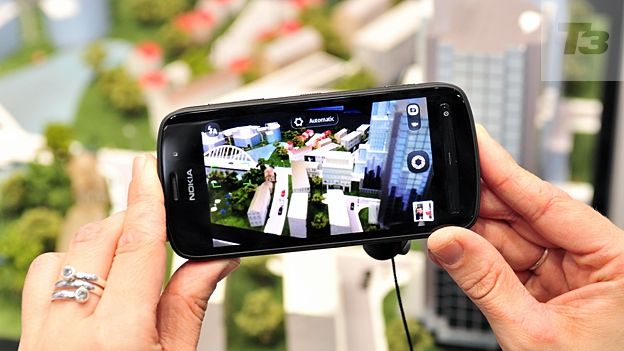 With Nokia and Microsoft both scheduling press events today the rumour mill of course went straight for Windows 8. Nokia could have other plans though

Nokia could well be announcing the US arrival of the 41MP Nokia 808 PureView smartphone running Nokia's own Belle OS, squashing rumours that Nokia would be launching a Windows 8 tablet.

The clues have come from Nokia's US Facebook page where the company has uploaded a series of images which hint towards the impending arrival of the camera-focused smartphone.

The biggest clue however was given when the company behind the Nokia Lumia 800 posted a status saying: '808 reasons to be excited about Monday.'

The 41-megapixel smartphone has yet to land in both the US and in the UK with Nokia refusing to comment about its arrival in either country.

More recently however Nokia has been the center of attention surrounding the imminent arrival of Windows Tango which many believe will be this week.

Amazon has listed the arrival of the 808 PureView as 21st June while Clove.co.uk have listed that they won't be getting UK stock until mid-late July. Either way it looks like the camera-happy smartphone will be landing in just a few weeks time.