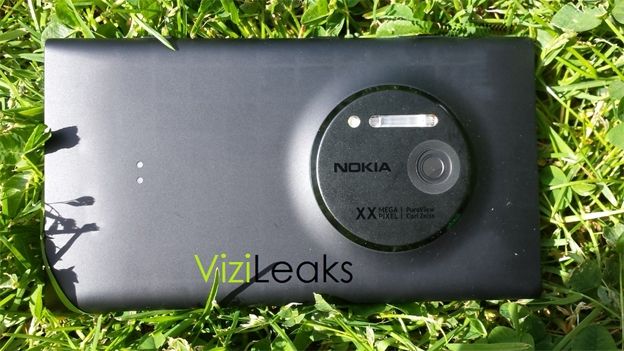 Nokia may have launched the Lumia 925 with some new camera features but it wasn't the PureView phone that many were expecting, could this be the one though?

Images have leaked of what is being called the Nokia Lumia PureView EOS, a Windows Phone 8 Lumia smartphone packing a PureView camera not unlike the one found in Nokia's experimental 808 PureView.

The images were leaked by ViziLeaks who appear to have had some hands-on time with the as yet unannounced Nokia handset posting images of both the front and back showcasing its slim profile and enlarged camera housing.

Whilst there's no official comment on whether this will be released let alone its internal specs, the wording around the lens does reveal that it'll probably be a 20MP PureView sensor with a xenon flash.

Where the Lumia 925 sported a new aluminium design it appears as though the EOS PureView has reverted back to the old matt plastic shell that was first shown with the Lumia 800.