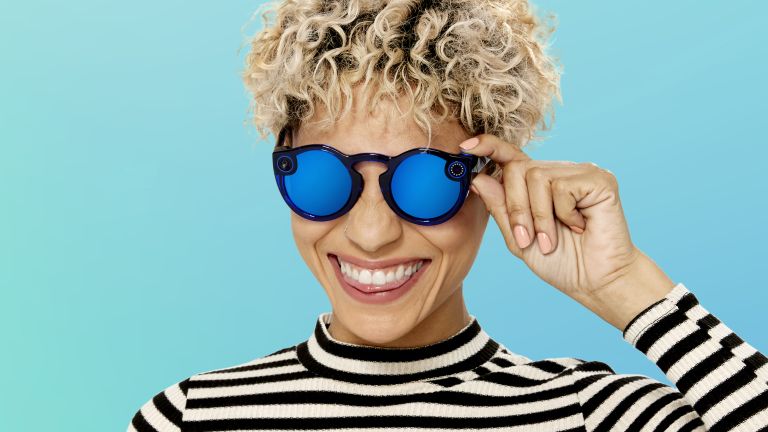 Snap has just announced a new version of Spectacles, the brand's wearable camera, with a few key improvements over last years pair.

The updates over last year's model are not massive, but they do add additional functionality which should keep the Specs feeling fresh and relevant.

For a start, Snap has introduces three new colourways and a tweaked design. You'll be able to choose between Onyx, Ruby, and Sapphire, with two different lens options for colour as well.

The electronics have also been miniaturized, so the Specs are sleeker and more lightweight.

Overall, we think the new Spectacles look much more mature than the previous model.

The glasses are now water resistant, so you can take photos or video in "shallow water".

It's not just the outside that's changed, Snap has refreshed the inside as well.

Snaps will only transfer in HD quality thanks to built-in WiFi, which transfers videos four times faster than the previous Specs.

Spectacles are available exclusively at Spectacles.com and cost £149.99. That price includes the charging case (which is now more compact) and a cable.

Here are some more images: