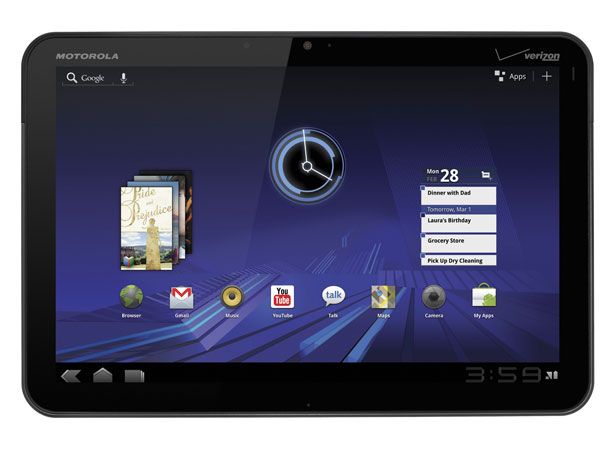 The Motorola Xoom is now available to buy in the UK with online retailer Simply Electronics offering the Android 3.0 tablet for under £490.

The 10.1-inch dual-core processor touting tablet which was officially unveiled at the Consumer Electronics Show earlier in the year was set to be released in the UK during the first week of April but an official date or confirmation of launch has yet to be given by manufacturer Motorola.

Despite the Xoom not yet officially available direct from its manufacturer the first device to come equipped with Google tablet-centric Android 3.0 OS, Honeycomb, is available to the British public with Simply Electronics claiming they currently have seven of the 32GB Wi-Fi only devices available to by for £489.95 with a 1-2 business day wait for delivery.

Yesterday PC World dropped the pre-order price of the Xoom to just £479 .99 in an attempt to combat the phenomenal sales seen by the Apple iPad 2 since the dual camera, dula-core processor slimmed down tablet hit UK stores late last month.

Can the Xoom be the first Android tablet to truly challenge Apple's dominant iPad in the tablet market? Let us know what you think via the T3 Twitter and Facebook feeds.